Home Blogs Thirty Years Ago: The Beginnings of SBI Magazine

Sign Builder Illustrated is a polished and informative magazine that a good portion of those in the sign industry look forward to receiving every month. However its beginnings were rather crude and somewhat of a miracle.

As a teen in high school, I had aspirations of enjoying a future in electronics. In the tenth grade, I chose art class as one of my electives. My teacher found that I had a knack for lettering. I was never good at cursive writing, so I printed everything. He began cultivating that in me by having me to do posters for every school event. Later he would send me to a local sign shop to get more familiar with the commercial side of that talent.

By the time I got into college (studying electronics), I was making a small income hand lettering signs. After getting my degree, I entered the Air Force, and found side jobs lettering signs, vehicles and windows. At my last assignment in Myrtle Beach, I opened my own sign company, Atkins Signs which actually produced more income than my Air Force pay.

I knew practically everything there was to know about manufacturing signs. When the Commodore 64 computer came out, I wrote my own programming that would calculate wind loads, structural steel components and concrete bases. I knew how to weld, form plastic (even built my own plastic forming equipment), install signs, and operate cranes.

At that time, there were two good sign magazines on the market, but I felt there needed to be another—one that was a little more detailed in the day-to-day operations of the sign business.

I decided to do a survey to see what the possibilities were for another sign magazine.

I bought a mailing list of all of the sign companies in the United States. I believe the list contained 15,000 names and addresses. I chose about 5000 of them for my survey. I designed a logo for “Sign Builder Illustrated,” and created a postcard that basically asked this question: “Would you be interested in a sign magazine that was a little more hands-on, how-to than the current sign magazines? And, if so, would you be willing to pay $30 per year for six issues per year? Please check yes or no, and return the postage paid postcard.”

I mailed the card sometime in the winter of 1987. Keep in mind that I knew nothing about publishing, distribution or advertising sales. The only computer I had was my trusty little Commodore 64.

About a week after mailing out the cards, I went to check my mail. My mailbox had several envelopes in it addressed to Sign Builder Illustrated. Each envelope had a $30 check in it. The next day, there were more. The day following my large post office box was so full that there was a note from the postmaster asking me to pick up the rest at the front window. I began to panic! Within the next several days, I had received over $20,000 in checks for a magazine that existed only in my mind!

I had recently done a sign for a new computer store. They specialized in desktop computers. Using some of the money, I bought a PC that came with some classes on how to use it. I bought Xerox Ventura Desktop Publisher software and began studying it. I spoke with a friend of mine about printing the magazine.

Weeks were passing fast, so I knew I had to get this first issue published. I called some of my sign suppliers and asked them to run some “very-discounted” ads. They agreed. I enlisted some help from a local graphic artist to help me get it ready for the press.

The first issue came off the press on March 10, 1988. Ink never smelled so good. It was exciting putting labels on the magazines for my 675 subscribers…the first being my mom who knew nothing about signs. We took them to the post office.

After a rocky start, interest began growing. We decided to exhibit at a NESA trade show in San Antonio, Texas. I loaded up my pickup with my wife, our son and boxes and boxes of magazines. Our first booth was made out of four-inch PVC sewer pipe covered with wood-grained shelving paper. Our posters and banners were held up with dental floss.

By 1994, the magazine was a bit more polished, and we decided to sell it to a Journalistic Publications who felt it had potential. They hired me as a consultant for the next two years. Sign Builder Illustrated was now a more professional publication and a definite contender among the other sign industry publications.

As the publication became more popular, Journalistic decided to sell it to Simmons-Boardman Publishing out of New York. They have brought it to the world-class publication that Sign Builder Illustrated is today.

Sign Builder Illustrated is now thirty years old. Every great thing starts with an idea. Cultivate it. You never know where it will go. 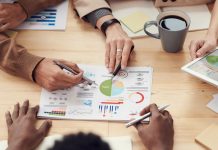 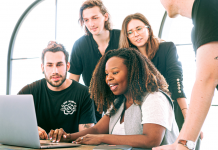 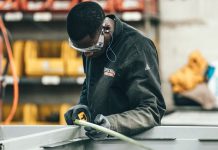 Sales and Marketing: The Role of Your Web Site and Blog