The FASTSIGNS Award is the most prestigious recognition in the franchise network of over 750 locations in nine countries worldwide. It is presented to the franchisees who best represent the FASTSIGNS® brand in their community and the network, as they provide exceptional customer service, mentorship, company culture, and employee development.

The IFA Franchisee of the Year award recognizes leading franchisees who exemplify at least one of IFA’s “Open for Opportunity” core pillars: Community, Workforce, Diversity, Equity, Inclusion, and Veterans.

“I am honored and humbled by being named the recipient of the FASTSIGNS Award and the IFA Franchisee of the Year award. To have my name included with the other incredible people who have received both of these awards is something I will cherish forever,” said Stan Gray. “I am grateful for the drive and determination that my team has shown to allow us to be successful in the face of adversity. Everyone, from myself, my family and my team are thankful to have the backing of FASTSIGNS® and the IFA network and their outstanding support of enabling our success.”

Gray, a retired Navy Reserve veteran, received undergraduate degrees in Business Administration and Architecture from Mississippi State University and later went on to get a Masters in Architecture and Urban Design from Columbia University in New York City. Gray’s background includes architectural design and management, real estate development, and graphic communications, including his military service.

Gray shared his story of being a veteran business owner as a panelist at the opening general session for the IFA Convention. Where he spoke about how veterans’ successes can be attributed to their military service and how Franchising gives them a chance to serve again.

Gray purchased and opened his first FASTSIGNS franchise in 2015 in Long Beach and added a Torrance location in 2017. Due to the pandemic and strict COVID-19 restrictions, Stan and his team took the time to define their processes more efficiently in their collaborative approach. He has made it a priority to discuss and redevelop short and long-term strategies. This includes the business process for his franchises and creating solidarity with his teams, their community, and a network of other local small businesses. Gray believes that a well-educated and trained team that works together is the key to their success.

“Working within the FASTSIGNS® network is a lot like my experience serving. From international corporate teams to each franchise, everyone is always on the same page, working toward the same mission,” said Gray. “I believe in the process. In the military, there are standard procedures that are essential to follow. When you buy into a process, you stay on the path. I’ve bought into the FASTSIGNS process and am committed to FASTSIGNS and will continue my path with them.”

Gray’s passion and energy for the FASTSIGNS brand and his team is unmatched. Gray sees his team as a group of go-getters who make the impossible possible daily.

“Stan Gray is a one-of-a-kind asset to FASTSIGNS. He represents the FASTSIGNS brand with poise and professionalism. He’s also an example of what it means to be a meaningful member of his community, our brand and the IFA as an influential leader for all franchise owners, ” said Catherine Monson, CEO at FASTSIGNS and the Chair of the International Franchise Association from February 2020 through February 2022. “Stan deserves all the credit for being recognized with these most prestigious honors. Both the FASTSIGNS Award and the IFA Franchisee of the Year Award are an acknowledgement of his excellence in his role and commitment to FASTSIGNS and the positive power of the franchise business model.”

About the International Franchise Association

Celebrating over sixty years of excellence, education, and advocacy, the International Franchise Association (IFA) is the world’s oldest and largest organization representing franchising worldwide. IFA works through its government relations and public policy, media relations, and educational programs to protect, enhance and promote franchising and the approximately 775,000 franchise establishments that support nearly 8.2 million direct jobs, $787.7 billion of economic output for the U.S. economy, and almost 3 percent of the Gross Domestic Product (GDP). IFA members include franchise companies in over 300 different business format categories, individual franchisees, and companies that support the industry in marketing, law, technology, and business development.

FASTSIGNS is a leading national visual ideas company that creates a wide variety of comprehensive sign and graphics solutions. With over thirty-five years of experience, FASTSIGNS helps you achieve more than you ever thought possible. The company is the worldwide franchisor of more than 750 independently owned and operated FASTSIGNS® centers. FASTSIGNS locations span across the United States, Puerto Rico, the United Kingdom, Canada, Chile, Grand Cayman, Malta, the Dominican Republic and Australia (where centers operate as SIGNWAVE®). FASTSIGNS is frequently recognized for franchisee satisfaction and through franchising awards which include being ranked #1 on Entrepreneur’s Highly Competitive Franchise 500® List For The Sixth Consecutive Year for 2022 as well as being named a 2022 Best-in-Category Franchise by Franchise Business Review.

The total investment for a FASTSIGNS® franchise is approximately $233,555 to $307,308 including a $49,750 franchise fee. Ideal candidates have a net worth of $300,000 of which $80K is liquid. Additionally, FASTSIGNS® offers a special incentive for veterans and first responders, including paramedics, emergency medical technicians, police officers, sheriffs and firefighters, which includes a 50 percent reduction on the franchise fee—a savings of $24,875. 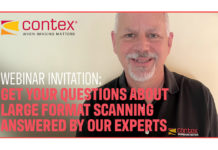