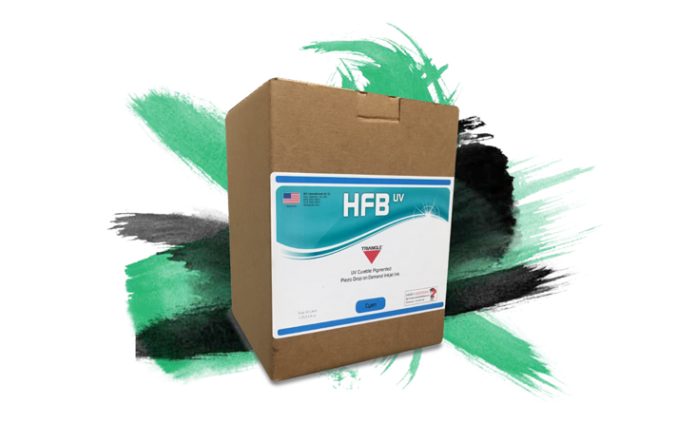 Over seventy-five independent and franchise owners have switched to HFB since it was first introduced to FASTSIGNS members at their convention four years ago. FASTSIGNS International, Inc. is the leading sign, graphics and visual communications franchise in North America. It’s also the worldwide franchisor of over 750 independently owned and operated FASTSIGNS centers in the United States, Puerto Rico and six other countries.

HFB’s growing popularity is due to being a flexible, fast curing and high chemical resistance type of alternative ink. It offers the utmost in reliability while reducing chipping and peeling, and outperforms OEM inks by a wide margin in many comparable categories. HFB also provides immediate savings to those with HP Scitex industrial printers since it is optimized for the FB500, FB550, FB700, FB750, FB900, and FB950 series models.

“There are many benefits to HFB but the major one for most people is how much money it saves them. The average cost savings compared to OEM inks is 36 percent, and that’s in addition to a 15 percent reduction in ink usage,” said Evan Lyons, Western Regional Sales Manager for INX.

Lyons says there are more advantages by running this premium ink. He indicated sign makers who use HFB are experiencing excellent adhesion on a wide range of digital graphic medias. Since it is formulated to reach GRACoL standards and G7 targets, the ink’s flexibility limits chipping when used with three common types of outdoor signage—rigid COROPLAST, DIBOND, and SINTRA—and is trimmed with industrial cutters. HFB is also sustainable as the eco-friendly, bag-in-box packaging limits waste.

“Each time we participate at this convention, it’s the side-by-side comparison where people see the striking difference,” said Lyons. “When you compare HFB to OEM products like HP’s 250 ink, you’ll see how much cleaner it runs and has a wider color gamut with high Magenta and Yellow density levels. There is consistent repeatability with no sacrifice in quality, and HFB’s higher gloss factor gives you more ‘pop’ than a matte OEM. On top of all that, you have the availability of canned color profiles for a range of HP printer DPI settings that are internal to the printer, and for flexible and rigid substrates in particular.”

Lyons will be at the event and looks forward to discussing HFB with attendees. For those not traveling to the FASTSIGNS Convention, more information is available by calling him at (800) 631-7956.