Signarama®, the world’s largest sign franchise, has announced its expansion into Quebec, Canada’s largest province by area—and a territory nearly three times the size of Texas. This strategic move unifies Canada under Master License Partners (MLP) Anas Saltaji and Salekh Al Around and increases the brand’s growth and strength across North America.

Saltaji and Al Around are not new to the Signarama brand, with master license agreements already in place throughout Canada and in the United Kingdom. This expansion into Quebec enhances their partnership in the predominantly French-speaking province of more than eight million inhabitants. This strategic plan now incorporates Canada under one support system. Saltaji is also the partner for Venture X in Mississauga, Canada.

“We are very pleased to have proven development partners expand into the Quebec market,” said International Director Tipton Shonkwiler. “Anas and Salekh’s teams have done a great job leveraging the assets and resources Signarama offers to strategically scale the brand and provide Canada with exceptional service options.”

Signarama is the premier provider of a wide range of sign products and services. With more than three decades experience and more than 800 locations around the world, Signarama is uniquely positioned to meet the needs of a rapidly growing sign industry.

“Unifying our efforts in Canada to now include the country’s largest province is a large part of our growth strategy and adds to our Master License Partnership covering the U.K., as well as other Master License roles for Signarama’s sister brand, Venture X. We look forward to providing support and opportunities throughout the country,” says Anas Saltaji.

“Bringing Canada and the U.K. under one leader is a significant strategic move for our brand,” said A.J. Titus, president of Signarama. “In the future, we plan to capitalize on similar growth models, for example, working with our Master License Partner in the Philippines to scale the brand throughout that country, while we also continue our global expansion in Latin America (Brazil), Central Europe (Germany and Switzerland), and Asia (Japan), which are key markets based on their robust economies and the overall emergence of new startups.”

The continued emphasis on global expansion comes as the Signarama brand celebrates more three decades as a family owned and operated franchise opportunity. 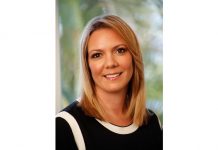 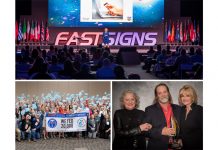 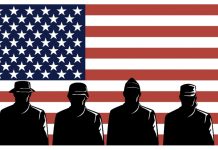