Since 1987, the Society for Experiential Graphic Design (SEGD) has honored the individuals, companies, and institutions whose work has significantly advanced the environmental and experiential graphic design fields. This year, in place of the association’s annual conference and awards celebrations, SEGD will be hosting a series of virtual events, the 2020 SEGD Achievement Awards & Auction to celebrate their honorees, which will be held on June 24, 2020, at 7:00 PM EDT. The 2020 honorees, awards, and their biography links are as follows:

The SEGD Fellow Award recognizes an individual for promoting the highest values in environmental and/or experiential graphic design and significantly contributing to the direction and growth of the field. SEGD Fellows are the laureates of environmental and/or experiential graphic design, whose body of work epitomizes the highest standards of practice in the field. Recent SEGD Fellows include Paula Scher (2019), Jane Davis Doggett (2018), Jan Lorenc (2017), Michael Reed (2016), Donald Meeker (2015). See the full list of SEGD Fellows.

An internationally recognized multi-hyphenate pioneer in audience engagement, Schlossberg launched his design career in 1977 with the Brooklyn Children’s Museum, one of the world’s first interactive museums, and has been operating at the forefront of innovative experiential design ever since. Under his leadership, ESI Design (New York) has created groundbreaking corporate and retail spaces, sales and innovation centers, museums, digital media installations and multi-player game environments for an array of companies, brands and cultural institutions, including Sony, eBay, WarnerMedia, PNC Bank, Barclays, Beacon Capital Partners, Statue of Liberty-Ellis Island Foundation, and the Edward M. Kennedy Institute for the U.S. Senate.

Schlossberg holds a Ph.D. in Science and Literature from Columbia University and is an accomplished fine artist, educator, and author as well. His artwork has been celebrated and shown since the 1960s and can be found in numerous museums and private collections. Sharing his knowledge has been important to Schlossberg; he has taught and lectured around the world, from the School of Visual Arts (New York) to Keio University (Tokyo) and has written many articles and books, including “Interactive Excellence: Defining and Developing New Standards for the Twenty-first Century.”

In 2004, Schlossberg won the National Arts Club Medal of Honor. He currently serves on the Board of Directors for the John F. Kennedy Library Foundation and in 2011 was appointed by President Obama to serve a four-year term on the U.S. Commission of Fine Arts.

The SEGD Distinguished Member Award recognizes an individual for demonstrating outstanding volunteer efforts while significantly contributing to the direction, growth, and excellence of SEGD programs. Recipients of the award have been instrumental in cultivating university programs, advancing accessible and green design, and promoting cultural agendas through design. Past winners include Don Kiel, Amy Lukas, Kelly Kolar, Alexandra Wood, and Wayne Hunt.

Award-winning experiential graphic designer Anthony Ferrara has been an invaluable contributor to SEGD, and his dedication to serving as a New York Chapter Chair has enriched the local community as well. Ferrara has over thirty years of experience across identity, wayfinding, exhibition, and environmental graphic design. Before starting his own business, he worked at prestigious New York firms including Two-Twelve, Chermayeff & Geismar, and Whitehouse & Company. His work has appeared in many publications, including “The Wayfinding Handbook: Information Design for Public Spaces.”

The SEGD Arrow Award recognizes exemplary service or dedication to advancing technologies and manufacturing in experiential graphic design and striving to provide the highest quality in products and services to the field. Recipients of the SEGD Arrow Award have advanced new manufacturing processes, led the development of innovative new products, and championed sustainable practices and materials. Past winners include SH Immersive Environments, 3M, Neiman & Company, CREO Industrial Arts, Matthews Paint, and Nova Polymers.

Formed in 2007, 22MILES is an award-winning software solution provider specializing in immersive digital signage and interactive wayfinding experiences. Because of their intuitive propriety CMS, the company Is a leading provider for projects that include 3D wayfinding, 4K video walls, mobile indoor positioning, dynamic signage and more for clients like Westfield, Astra Zeneca, Einstein Health System, JFK, JLL, Cushman & Wakefield, Four Seasons Resort Worldwide, Hilton Worldwide, IHG, NTT, Cooper Co, and Duke Energy. Their core belief is that every customer is a partner, and every use case is an opportunity to drive smarter and more agile digital and mobile-forward solutions.

The SEGD Golden Arrow Award recognizes extraordinary service to the field of EGD—recipients of the award have made large and long-term contributions to the strength of SEGD as leaders of their organizations, icons in the field, or supporters of SEGD’s goals. Ann Makowski is the sixth recipient of this award, established in 2004, joining Ralph Appelbaum, Leslie Gallery Dilworth, Moira Gemmill, Ed Matthews, and Deborah Sussman.

A devoted staff member for twenty years, Ann Makowski’s leadership has impacted the evolution of the organization in innumerable ways, from starting new websites and publications to growing membership and elevating the SEGD Global Design and Achievement Awards programs and events like the Auction for Excellence. Most recently, she served SEGD as Interim CEO of SEGD but has previously served as COO, Interim Executive Director, Managing Editor of the SEGD color magazine, and Director of Membership and Communications.

The SEGD Educator Award recognizes an individual for demonstrating innovation in the theory and practice of design education that not only integrates the needs of the industry but serves to advance the field. Recipients foster the development of the next generation of designers through a creative and innovative curriculum as well as through the promotion of forward-thinking research and scholarship in the field. Joell Angel-Chumbley is only the third honoree to ever receive this award.

A practicing professional sculptor and painter, Joell Angel-Chumbley, MFA, also has extensive public and private sector experience specializing in the areas of experiential graphic design, branding, wayfinding, public art and placemaking working with Kolar Design (Cincinnati). Angel-Chumbley’s passion for multidisciplinary collaboration and mentoring has led her to a career in teaching; She has taught at Mount St. Joseph University, the University of Cincinnati, DAAP, and Miami University. She has also actively served on the SEGD Academic Taskforce since 2011 and the University of Cincinnati’s DAAP Alumni Board since 2009.

The SEGD Chapter Chair Award recognizes outstanding volunteer efforts while significantly contributing to the direction, growth, strength, and excellence of SEGD Chapters both locally and throughout the organization. Zachary Kotel is the third recipient of this relatively new award.

At ArtHouse Design (Denver), Zach Kotel plays a key role in business development, preparing proposals, presenting work, and conducting stakeholder workshops. Kotel has won multiple distinctions for his design talents from Graphis, UCDA, the GDUSA American Graphic Design Awards, and the HOW International Design Awards. He has been diligently working to elevate, engage and showcase the Denver design community since 2015 through his involvement with AIGA and SEGD, and is currently serving as SEGD Denver Chapter Chair.

More information regarding the awards, past winners, and the 2020 SEGD Achievement Awards recipients can be found at https://segd.org/segd-awards.

DCL is the sponsor of the 2020 SEGD Achievement Awards. 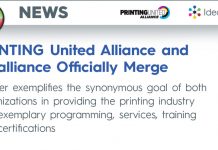 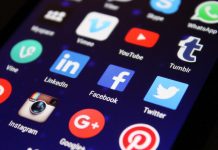 ISA to Hold Webinar on Top Trends in Digital Marketing 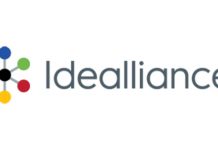