A class of Fellows has been selected for the first time in SEGD‘s 49-year history. SEGD established the Fellow Award in 1987 and every year recognizes the profession’s laureates: those who are honored for creating a body of work and design leadership that epitomizes the highest standards of practice in the field of experiential and/or environmental graphic design.

In recommending this class of Fellows for confirmation, SEGD Fellow Committee Chair Michael Reed, FSEGD, stated that “these individuals’ accomplishments and contributions to the practice and advancement of experiential graphic design exemplify the highest ideas in uniquely different aspects of practice and leadership.” Michael concludes: “Today’s class of Fellows represent the breadth and depth of our growing community.”

Next month, the 2022 SEGD Class of Fellows will be honored during the Fellow & Achievement Awards Ceremony at the 2022 SEGD Conference in Portland, Oregon, on June 18. This event is an opportunity to join together in celebration of each Fellow’s accomplishments, insights and inspiration shared as they take the stage to accept the recognition.

An expanded introduction and full interview with each Fellow will be published in the 2022 SEGD Awards Annual, distributed at the SEGD Conference and to all members and subscribers this summer.

Please join us in congratulating the 2022 SEGD Class of Fellows: 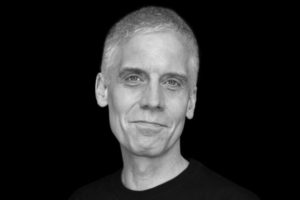 Michael Gericke joined the New York office of Pentagram in 1985 and soon after became a partner in the firm. More than 35 years later, Michael has built a reputation for creating images and programs celebrating and portraying the essential qualities of the place or experience he represents.

Chronicling this voluminous career is Graphic Life, a 520-page monograph written by Michael and published by Images Publishing. Featuring a preface by architect Moshe Safdie and an introduction by Pulitzer Prize-winning architectural critic Paul Goldberger, the book presents Michael’s design work as a celebration of places, storytelling, and symbol making.

In a recent interview, Michael describes the benefits of his involvement with SEGD. “It’s enriched me in so many different ways. It’s a community, it’s giving, it’s personal, it’s educational, and it’s incredibly inspirational,” says Michael. 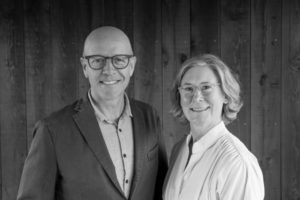 Early adopters of interactive multimedia, graphic designer Julie Beeler and artist Brad Johnson started Second Story in Portland, OR, in 1997 with a passion for design and digital storytelling. Over the next 20 years, they became leaders in an emerging design field, seamlessly integrating digital into physical environments.

Second Story became an internationally recognized and award-winning interactive media studio producing memorable and innovative experiences. Some of their most recognized clients included the National Archives and the Library of Congress, the Los Angeles Museum of Natural History, and the National Center for Civil and Human Rights (Atlanta, GA – SEGD Merit Award 2016) and experiences for the World of Coca-Cola and the University of Oregon.

Second Story has received numerous accolades and awards, including being an honoree for the Cooper-Hewitt National Design Award, along with recognitions from Time magazine, Sundance, SXSW, AIGA, Communication Arts, Core77, HOW, IxDA, Museums and the Web, Webby, TEA, the American Association of Museums and PRINT.

Julie and Brad built longstanding partnerships with exhibition and experience design firms in the SEGD community throughout their careers. They utilized their unique approach to storytelling through interactive media that dramatically impacted how people see, feel, and participate in stories across cultural institutions and with brands. 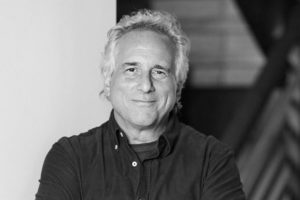 As a leader in the EGD community, Alan Jacobson is driven by the impact of design on quality of life. Alan is the founder and CEO of Exit Design and J2 (both based in Philadelphia), where experiential design and brand strategy inform Alan’s practice and serve as keystones in his own research and passion for design.

Beginning in college, and over the next 20 years, Alan rebranded his family’s sign shop and grew it into an 80-person design/build EGD studio named AGS. This led to his founding of Exit Design in 2001 with collaborator Ellen Taylor, which eventually split from AGS. Exit focused on studying how people experience the built environment using an Experience Assessment strategy to evaluate challenges and enhance that experience.

Alan has built a reputation on giving back through his work with genocide survivors in Rwanda and volunteering his time to support SEGD and help it grow into the international organization it is today.