The City of Las Vegas will illuminate its new, eighty-foot-tall Gateway Arches spanning Las Vegas Boulevard between St. Louis and Bob Stupak avenues at the base of The STRAT Hotel, Casino & SkyPod on the evening of Wednesday, November 18. Conceived and designed by Selbert Perkins Design and fabricated and installed by YESCO, the one hundred-year-old company synonymous with Las Vegas’ most iconic signs, the archway marks travelers’ official arrival into the City of Las Vegas.

“Las Vegas is known worldwide as the getaway for the best in entertainment, fun, dining and convention business,” said Mayor Carolyn G. Goodman. “What better way to invite everyone into historic downtown than by this passing through this massive, new archway into the heart of a revitalized Las Vegas.”

“Ward 3 is a dynamic part of the city of Las Vegas and I am so excited to represent the home of this beautiful new gateway,” said Ward 3 Councilwoman Olivia Diaz. “I am sure these iconic arches will become synonymous with the fun and excitement of our city, as well as being a point of community pride for years to come.”

The blue illuminated arches form a towering gateway to the city’s burgeoning Downtown and feature a pink, retro-inspired Las Vegas emblem suspended above the boulevard. While the Welcome to Fabulous Las Vegas sign at the south end of the Strip enjoys world renown, many people do not realize it lies outside the City of Las Vegas’ boundaries in unincorporated Clark County, Nevada. The new, brightly lit, Gateway Arches will welcome visitors to the city of Las Vegas as they travel north on Las Vegas Boulevard.

“YESCO has a long history of fabricating, installing and maintaining Las Vegas’ most internationally recognizable signs, and the Gateway Arches represent the newest monumental addition to that portfolio,” said Jeff Young, senior vice president and chief marketing officer of YESCO. “This project is history in the making, and we’re proud to have partnered with the City of Las Vegas and Selbert Perkins Design to bring it to life.”

Added Stephen Thayer, vice president and general manager at The STRAT, “The Gateway Arches are a striking landmark to designate what has long been the gateway from the Las Vegas Strip to the City of Las Vegas. We are thrilled that this beautiful monument has been erected just steps away from our iconic tower.”

“Selbert Perkins Design has been designing city gateways, public art, and landmarks for over thirty years. We are honored to have worked with the City of Las Vegas to design its newest gateway which welcomes all to historic downtown,” said Robin Perkins, partner of Selbert Perkins Design. “Our thanks to YESCO for fabricating and installing this complex work. It’s been a fantastic collaboration all around!”

Other high-profile Las Vegas projects YESCO has fabricated and installed during its centennial year include the sign package for Allegiant Stadium, as well as interior and exterior signage for Downtown’s new Circa Resort & Casino.

The Gateway Arches will be illuminated every day beginning at dusk. 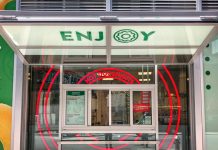 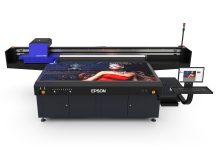 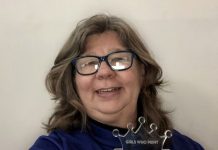