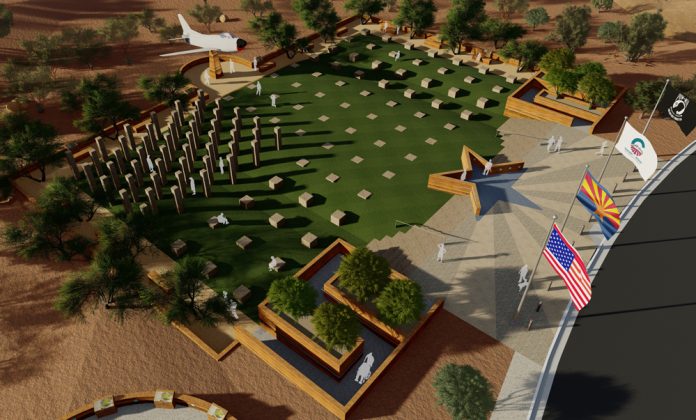 YESCO, the 101-year-old company known for creating, repairing, and maintaining internationally recognizable signs, has fabricated and installed the Field of Honor at Veterans Oasis Park in Chandler, Arizona.

The City of Chandler and YESCO unveiled the Field of Honor this past Veterans Day on Thursday, November 11.

Composition of the memorial included 121 total RGB LED structures of varying heights to mimic the shape of the flag.

Twenty-one LED-lighted plinths are submerged entirely below earth, symbolizing a twenty-one-gun salute for soldiers who have not returned from war.

“We are honored to have played a role in bringing this memorial to life,” said Jeff Young, senior vice president, YESCO. “It will provide a tranquil place for reflection on the sacrifices made by our country’s service members for years to come.”