Opened in the summer of 2020, Allegiant Stadium is located adjacent to the Las Vegas Strip and serves as the home of the Las Vegas Raiders NFL team. With a capacity of 65,000, the fully enclosed and climate-controlled stadium hosts world-class entertainment including concerts and special sporting events. 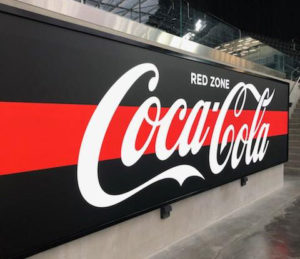 This massive stadium is backed by some impressive, NFL superstar-level statistics: 28,000 tons of structural steel, twelve miles of drilled shaft concrete, forty-four escalators, and 75,000 square feet of video boards were all part of the stadium’s construction.

But let’s focus in on one particular sign in this project—a 6-foot-by-24-foot Coca-Cola cabinet sign located in the upper seating areas.

High Impact Signs, Steel, and Specialties in Henderson, Nevada was brought in on the project through the global brand experience agency ASTOUND Group.

“They got a bunch of the work for the interior, and we got a handful of that work,” explains Eric Thomas, operations manager at High Impact Signs, Steel, and Specialties. “Also we did various other signage around the property—panel flex cabinets, acrylic letters, illuminated vases, [and] decorative pieces—and we still do some service contracts for other vendors on some of the message units and things like that.”

High Impact Signs has been around since the early ’90s. When the current owner bought the business about twelve years ago, they expanded into Vegas and have been growing ever since.

“We pride ourselves on being able to do everything,” says Thomas, who explains the full-service company handles everything from small vinyl graphics to large electronic message centers.

For the Coca-Cola sign, High Impact Signs built the cabinet from welded aluminum and used polycarbonate for the face. The inside of the cabinet was painted with white Axalta paint to help with light disbursement. 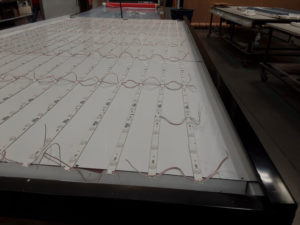 The main challenge in fabricating the cabinet was that, despite its size, it had to be thin.

“Normally cabinets of that size and scale go between six to twelve inches deep,” says Thomas. “That cabinet, where it lived in the stadium, was beholden to the ADA standards of not protruding further than four inches from the wall. So that really restricted us on how deep we could make the cabinet.”

In addition to the challenges on depth, High Impact Signs had to make sure the cabinet was sturdy, since it would be at the pedestrian level and accessible to the public.

“We wanted to make sure that it was a very stout cabinet and that the face hung in there very well since it’s down [there] available to the public,” says Thomas. “It can be touched or leaned on—all those kinds of things.

“[We needed] good retainers [and] a good hanging bar system; it had to be able to be touched without denting or easily being scratched.”

A first-surface, digital print laminate printed with an HP Latex printer was used for the face. The graphic includes the Coca-Cola logo, the words “Red Zone,” and a red stripe against a black background.

To match the Coca-Cola brand colors, including that signature red, Thomas says they do a lot of hand matching. 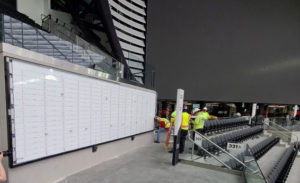 To illuminate the face of the cabinet, High Impact Signs used SloanLED BrightLINE LED strips mounted 1.75 inches behind the face at four inches off center.

“Bringing that [cabinet] all the way down to four inches put us in a situation where to get the appropriate amount of framing and maintain any kind of depth for lighting was very hard, especially without having any kind of shadowing, hotspots, or banding,” explains Thomas, who says the shop worked with SloanLED to find the right product for the shallow cabinet.

When working with interior illuminated signs like the Coca-Cola cabinet, Thomas says it’s very important to pay attention to the ambient lighting around the sign.

“That’s something that we run into a lot—really making sure that we get the right lighting in comparison to what the customer’s actually going to see as far as their ambient lighting,” says Thomas. “In the stadium, there are lots of competing light sources, so we tried to take that into account. How bright is our cabinet going to be? What is the color rendering going to look like when you see it under that lighting? Things of that nature.” 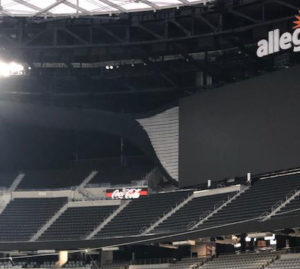 It took three to four weeks to finish the cabinet construction, and then High Impact Signs transported the cabinet on a trailer to the job site.

The stadium had larger access points and bigger walkways, so the sign company was able to transport the sign cabinet in only two sections. The face and its hanging bar were assembled on the field because getting these longer pieces into the building was more of a hurdle.

The sign cabinet was bolted to the wall, and since the sign was so low, no service equipment was needed to complete the installation. 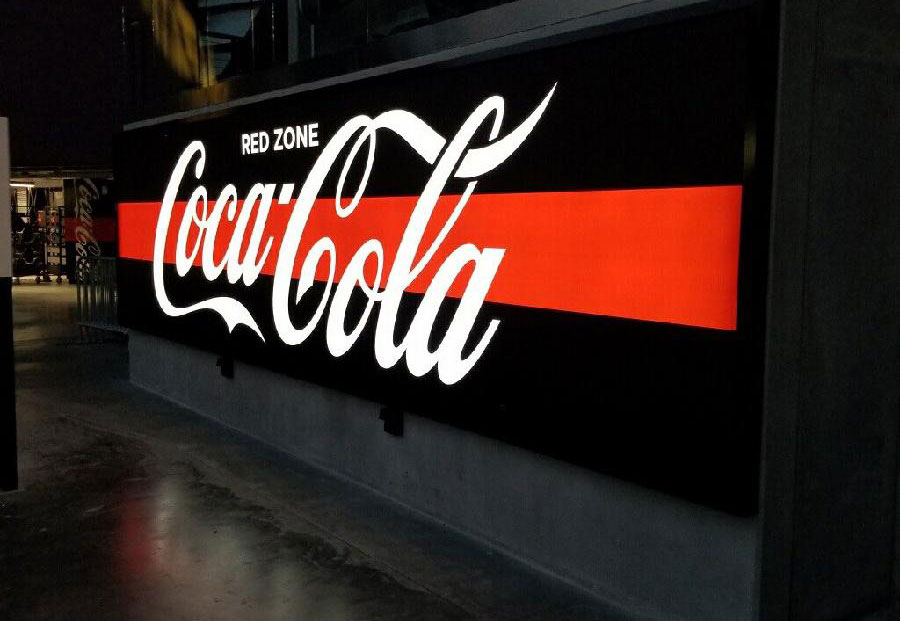 The stadium wasn’t open yet when High Impact Signs installed the sign cabinet, so access wasn’t an issue.

However Thomas says meeting the deadline leading up to the opening was close. “We had some pretty tight dates to get all our signage up for that property,” he says. 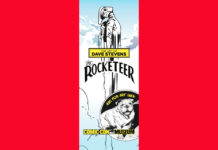