Home Dimensional Summa Cooperates with Antalis for the Benefit of Charity 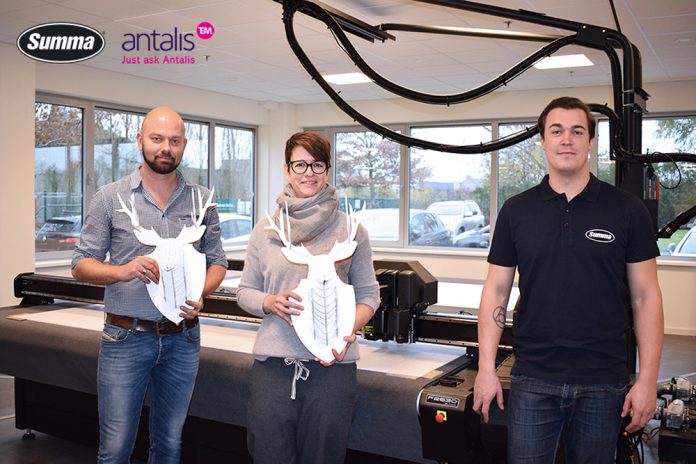 Summa nv is collaborating with Antalis nv/sa, Europe’s largest distributor of paper, packaging solutions, and visual communication for professionals, to support the event Music for Life. Music for Life has been grounded by the Belgian radio station, Studio Brussels, and the Red Cross in Belgium.

During the event, radio presenters play records, requested by their listeners. The campaign “De Warmste Week – The Warmest Week,” which is organized by Music for Life once a year, implies a fundraising for the benefit of an entire range of charities, each of which chosen by whomever is willing to contribute to a good cause.

This year Antalis decided to support the charity “Kom op tegen kanker,” an organization that supports and helps people fighting against cancer in all its forms through fundraising. To help giving shape to Antalis’ initiative, Summa will cut out about a hundred deer heads with their F Series flatbed cutting system, the F1612. The deer heads will be cut out of 5 mm Forex Lite material with the Single Edge Cutout Tool.

Afterwards the deer heads will be sold by Antalis to their employees, their relatives, as well as to their customers with the intention, of course, to sell as much as possible for their good cause “Kom op tegen kanker.” You can order a deer head through [email protected].

Antalis Technical Consultant Tim Geirnaert explains: “In the past, we have been confronted first hand with people in our surroundings, fighting against this terrible disease. So, for us, it was a logical step to support this particular charity.

“The choice to cooperate with Summa on this project came naturally as Summa is worldwide known to deliver high-end cutting solutions to a wide range of signage applications. The deer heads look wonderful and will, no doubt, help to raise the intended funding”.

During the event “De Warmste Week,” which will be broadcasted on Flemish television, Antalis will personally hand over the revenues of the action to the initiators of Music for Life, who, at their turn, will donate it to the organization “Kom op tegen Kanker.” It goes without saying that Summa is proud to cooperate with Antalis on this fantastic initiative. Summa wishes Antalis the very best with the selling of the deer heads and hopes the fundings for “Kom op tegen Kanker” will be skyrocketing. 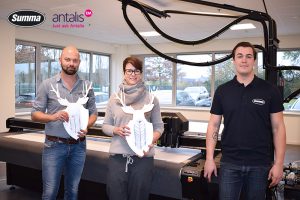 ikeGPS Expands Growth Opportunity for Spike in US Sign Industry