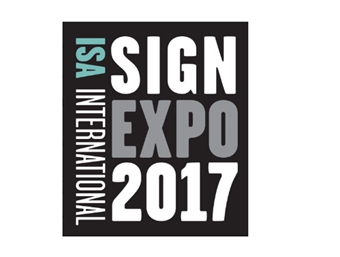 The sign, graphics and visual communications industry is gathered in Las Vegas and the level of excitement is electrifying. ISA International Sign Expo 2017, the industry’s leading event, opened the 200,000-square-foot trade show floor today at the Mandalay Bay Convention Center. All indicators point to one of the strongest shows in years:

• The tradeshow floor sold out months ago; a waiting list for exhibit space included dozens of companies.

• Registrations have outpaced last year’s strong event, which was the best in a decade.

• Education registration is the strongest since ISA began tracking attendance at these sessions.

• Sponsorships and in-kind product donations were the highest ever.

• The co-located National Sign Research and Education Conference (NSREC), hosted by the Sign Research Foundation, was a sell-out.

Building upon the success of the 2017 event, ISA has announced that it has opened up even more trade show floor space in 2018 when the event returns to Orlando. The expansion will accommodate even more sign, graphics and visual communications suppliers, distributors and manufacturers and will allow others to increase the size of their booths.

And make plans to attend ISA International Sign Expo 2018 March 21-24, 2018 in Orlando, Florida. Registration will open in September at www.signexpo.org. 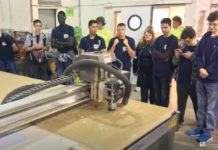 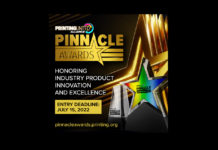