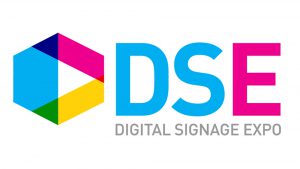 Digital Signage Expo (DSE), the world’s largest international trade show and educational conference dedicated to digital displays, interactive technology and digital communications networks, announced today that while DSE 2018 did not set an all-time attendance record, it did deliver the highest buyer attendance percentage in its 15 show history, with 93.3% of total attendance comprised of end-users, system integrators and advertising/brand executives.

End-users alone accounted for nearly 45% of the audience, which was a higher percentage than 2017.

Verified attendance was 4,032 and was on par with DSE’s attendance performance over the past five years, with one exception, 2017. In 2017 the show was fortunate enough to have co-locations with three other events (GlobalShop, Cinamacon and Pizza Marketplace), which gave DSE a significant one-year attendance boost.

International attendees were 17.5% of the overall attendance, coming from 60 countries.

Show management is happy to report that DSE exhibitors from whom we’ve heard so far were pleased with the traffic and most especially, the quality of the audience. Here’s a small sample of the feedback that we’ve received:

Burr Smith, CEO and president at Broadsign: “We’ve been exhibiting at DSE for 13 years now, and this was another successful conference. The quality of exhibitors, speakers and panels continues to improve, and we always have a wonderful time meeting with customers and partners, both old and new. We’re already looking forward to next year.”

Chad Brown, CEO, XOGO: “As a first-time exhibitor, we were pleased to participate in this year’s Digital Signage Expo and new product showcase. Our booth was heavily trafficked and we had countless conversations about the XOGO platform and our new low-cost media player, XOGO Mini. We’re already in continuing discussions with a number of potential clients. See you next year!”

And, this high-impact audience included many familiar and new end-user attendees from:

Harold’s Chicken Gets an AV Upgrade 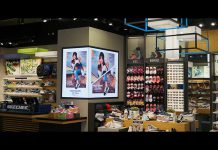 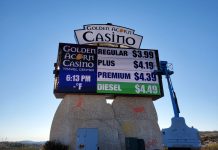 Harold’s Chicken Gets an AV Upgrade