NanoLumens, the award-winning creators of LED visualization solutions in any size, shape, or curvature, has announced the installation of four direct-view LED display solutions in San Antonio International Airport. Commissioned by the Airports division of Lamar Advertising and integrated by VIA Technology, the project includes a flat-panel display above the B-Side entrance to the Baggage Claim zone, a column wrap within the Baggage Claim zone, and a ribbon display above the TSA check-in area. The fourth and final display of the project is a quatrefoil, a four-lobed geometric shape central to the culture and brand of San Antonio. This distinctive display overlooks the TSA check-in area. These locations were chosen because they are well-lit and highly trafficked.

After winning the advertising rights to the airport, Lamar Airports committed to a sweeping overhaul of the airport’s signage. According to Michael Neck, an Airport Project Manager for Lamar, “during the acquisition of new airports or renovations on current contracts with our airport partners, Lamar always seeks to find digital advertising opportunities that complement the airport aesthetics, enhance the passenger experience, and deliver great opportunities for local and national advertisers to get their messages to their clients.”

“The goal was to showcase San Antonio’s ability to move forward into the future with technology and to include advertising along with that,” said Michael Villa, of VIA Technology, the integrator for the project. “The signs that previously filled the space gave an empty and plain feel but LEDs offer much greater clarity and customization.”

Airports typically feature high levels of ambient light and San Antonio International is no exception. When asked about how such light levels affect signage, NanoLumens Regional Sales Manager Eric Siegler noted that, “it’s important for airport passengers and advertisers that passengers have access to clearly visible signage so that signage needs to be able to stand out even when an environment is filled with sunlight. LED is really the only solution bright enough to do this so it was the right technology for what Lamar and the airport were trying to accomplish.”

Neck expanded upon the apt fit of LED for the project by noting that, “LED displays bring a level of customization that cannot be achieved through LCD solutions. Lamar was able to showcase the local pride of San Antonio with the customized 2.5mm pixel pitch LED Quatrefoil display. We were also able to develop a column-wrapped LED that showcases the tech-forward approach that San Antonio deserves.”

Each of the four displays integrated during the project features a 2.5mm pixel pitch and all are used almost exclusively for advertising content. The specific locations for each display were chosen because they are high-traffic areas where passengers also exhibit high dwell time.

Neck mentioned that the reason Lamar turned to NanoLumens was because, “Lamar has had a long-standing relationship with NanoLumens and are familiar with the level of signage they provide, which lines up with partnerships with the airports.”

Seigler responded to this sentiment by adding that, “NanoLumens is humbled to be considered such a trusted partner of Lamar Airports and we relish the opportunity to continue working with them to revamp the airport sector.”

Added Villa in conclusion, “These are some of the most complex displays in the city, so VIA Technology was grateful for the opportunity to work on this project and to be included as a premier technology installer in San Antonio.” 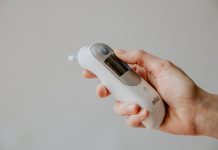 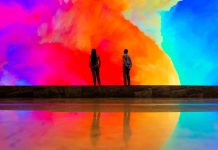 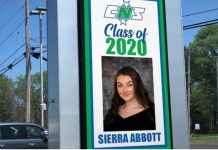