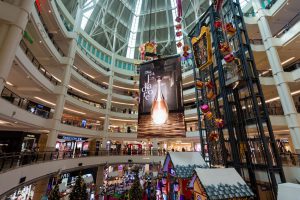 Suria KLCC Shopping Mall in Malaysia is an impressive six-story shopping experience located at the foot of the famous Petronas Twin Towers in the Kuala Lumpur city centre. Built in 1999, it quickly became not only the talk of the town, but one of the most spectacular shopping malls in the world, featuring a concert hall, an oceanarium, an art gallery, and a children’s science discovery centre.

Discussions for this project actually began back in 2016 as Suria KLCC began engaging with NanoLumens after seeing their dazzling installation in neighboring Singapore’s Changi Airport that features two state-of-the-art NanoLumens Performance Series LED displays—one of which is an “Immersive Wall” that is approximately 230-by-16 feet with a 6mm pixel pitch and is one of the largest indoor airport displays in the world. 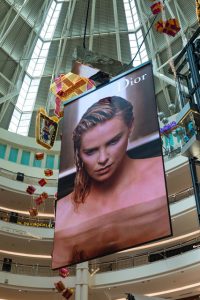 “Once the people from Suria KLCC saw our work at Changi Airport, they were really impressed and things began to quickly move forward,” said NanoLumens Vice President of Sales Dave Merlino. “But along with quality, the other major key here was safety, as this display would be located in the mall’s Centre Court area, with over 100,000 people passing under it daily. Trust was of paramount importance for this install and knowing that we stand behind our products with a six-year pixel-to-pixel warranty clearly illustrated that trust.”

Quality was a key factor as well, Merlino stressed, as dealing with content from such upscale brands meant colors had to be spot on. And with a rotating display the images were going to be viewed from a wide variety of angles, making that aspect even more important. Many household brand names would now not only have a new, high-quality advertising vehicle on which to display their product, but a hoist system would also be installed, allowing the display to be lowered to the floor for product demonstrations and branding events.

“The idea that the display would have the ability to be lowered down to the floor and be incorporated into live product demos had everyone extra excited,” Merlino added.

Local Kuala Lumpur integrator EWSB took on this challenging install and agreed that quality, along with delivering a safe solution, would be vital to this install’s success. “The quality of NanoLumens’ LED tech was very important to this install as well, as these brands weren’t going to tolerate their signature colors being even slightly off,” said Andy Lee of EWSB. 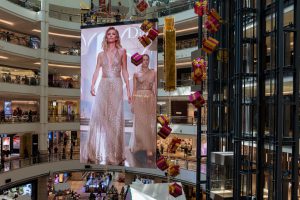 The NanoLumens Performance Series LED displays, at just over three inches deep, create corners like no one else on the market and are available in any size, with pixel pitches ranging from 3mm to 9mm. The lightweight design of the Performance Series LED display also allows for quick and safe installation, requiring very little lead time, and that was most certainly the case at this extremely busy mall.

“The Centre Court area of the Suria KLCC mall is booked for brand demonstrations and events almost 365 days a year,” Merlino said. “So EWSB was given only a ten-day window to complete this installation.”

That included the double-sided display and the rotation system equipment, along with the aforementioned hoist system to move the display up and down, not only for maintenance purposes, but also for those popular product demonstrations on the mall’s Centre Court floor from time to time.

“We not only delivered a unique and high-quality, double-sided display, but we delivered a turnkey solution for the Suria KLCC mall, and we did it all in ten days,” Merlino said. “All of these upscale brands are engaging with hundreds of thousands of visitors to this iconic location every day with a very unique, versatile and safe display solution from NanoLumens.”

EWSB is a Hi-Tech engineering-based company, specializing in LED Facade Lighting and LED Display Boards. The company serves a wide and growing range of businesses, including retail stores, restaurants, hotels, universities, and media companies. EWSB has a range of experience in design, supply, install, service, and maintenance of LED display boards and LED Facade Lighting. For more information, visit https://ewsb.com/my/index.html.

Headquartered in Atlanta, Georgia, NanoLumens partners with clients to create uniquely compelling, interactive LED visualization solutions that take the guesswork out of owning a display network. As the fastest growing visualization company in the U.S., the company’s experiential LED displays exceed the imaginations of global clients in retail, transportation, corporate, gaming, higher education, sports and arenas, and houses of worship. Through world-class proprietary technology, NanoLumens displays are ultra-thin and lightweight, energy efficient, and available in any size, shape, or curvature. NanoLumens solutions are proudly designed and assembled in the United States of America and come backed by an industry-leading six-year warranty. For more information, visit www.nanolumens.com. 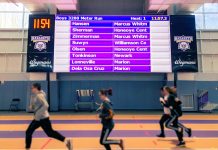 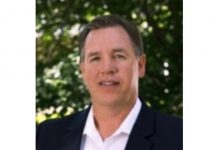