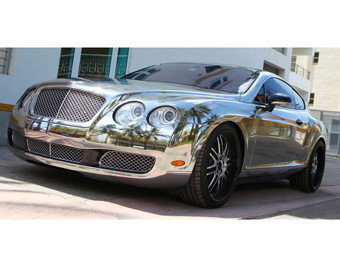 The chrome look of this film allows more unique ways for customers to detail, decorate, fully wrap and accent anything from cars and trucks to boats; offering the opportunity to create a customized and desirable look. Designed for experienced and trained professional installers, 3M™ Scotchprint® Wrap Film 1080-SE420 is available in forty-eight-inch rolls.

“Our customers want to stand out from the competition and the addition of the new chrome color to film series 1080 allows them to continue to do so.” said Doug Blackwell, business development manager, 3M Commercial Graphics, “Our shiny, mirror-like film is sure to turn heads and allow our customers to proudly show off their work.”