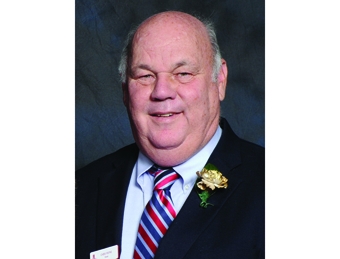 Piepke, 66, joined Gemini in February 2000 after a serving as a territory manager and salesman in the region for a variety of companies throughout the 1980s and 1990s. In his thirteen-plus years of service to Gemini and his customers as a Technical Field Specialist, Piepke was the face of Gemini in his region for more than 5,500 sign companies, graphic designers and trophy & recognition stores. He covered an area that included Texas and its major cities of Dallas, Houston, San Antonio, and Austin, as well as all of New Mexico and most of Louisiana.

According to Geran Smith, Gemini’s Supervisor of Outside Sales, Piepke has always been a steady and trustworthy sales representative. “I had the privilege of training Chris upon his arrival to Gemini many years ago,” Smith said. “There was never a doubt about his loyalty and dedication to Gemini. Throughout his years with the company, Chris has worked hard to become an asset to many of our customers.”

“I am thankful for the time with Chris,” Smith added. “And I am appreciative of all his efforts towards Gemini and its customers. I wish Chris and his family many years of enjoyment.”

Gemini has not yet named a successor for Piepke. The company said it was in the process of hiring a new Technical Field Specialist for the territory and hoped the new person would start by the spring of 2014.