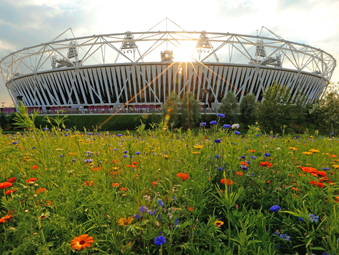 Cooley Group announces it was named winner of the Great Innovation Award at the inaugural 2012 EcoPrint Europe event, held in Berlin, Germany. EnviroFlex™ PE is a lightweight, 100 percent recyclable print media that offers a 60 percent lower-carbon footprint than traditional PVC. The news comes on the heels of the material being used to wrap London’s iconic 2012 Olympic Stadium (pictured)—the most sustainable Olympic Games in history—as well as the company’s launch of the sustainable print Enviroflex™ PE line throughout Europe.

“At Cooley, we’re incredibly proud of how EnviroFlex™ PE can be engineered to powerfully communicate and highlight any project in such an iconic way,” said Bryan Rose, vice president and general manager of Cooley’s Commercial Graphics division. “The 2012 Olympics is a great example—but just one—of what can be done. From billboards to banners to stadiums to shopping malls to whatever we dream up next.”

The EcoPrint event targets the creative and print community, placing a focus on the sustainable print business. Cooley Group, a global designer, developer, and manufacturer of high-profile engineered membranes for some of the world’s highest-profile projects, used the event as a platform to introduce EnviroFlex™ PE to the European market, where Cooley is concentrating on expanding through several other initiatives and is actively seeking direct customers and channel partners throughout the continent.

The Great Innovations Competition consisted of presentations from a select group of the world’s top sustainable print innovators, which were presented to a panel of five leading EcoPrint Ambassadors, as well as show participants. The judges passed their comments to the audience, who then chose the winner. The EnviroFlex™ PE presentation garnered the majority of the judges’ votes, as well as the total vote from show participants.

The EnviroFlex™ PE Blockout Banner and the Billboard Print Media products were created after Cooley determined it needed to not only go lighter, but even more sustainable with an alternative solution to PVC. The company had already made pioneering strides when it improved its billboard print media, reducing its weight from the traditional 12 ounces per square yard (78 pounds per billboard), to seven ounces (38 pounds per billboard) without compromising durability or printability. EnviroFlex™ PE is a lightweight but very strong, 100 percent recyclable, polyethylene-based print media; it comes in widths of up to five meters (seamless), can be produced in rolls up to 2700 meters in length, and can be easily recycled anywhere in the world. Such features have led to Cooley’s 70% market share of the North American outdoor advertising industry.

“Cooley’s commitment to sustainability has been part of our DNA and portfolio of solutions for more than 85 years,” said Cooley Group President and CEO Dan Dwight. “Innovation and sustainability are not merely principles, but ever-evolving practices at Cooley as we continue to expand globally and look for strong partners to help meet our aggressive growth objectives.” 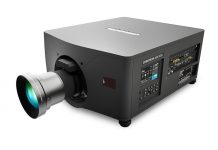