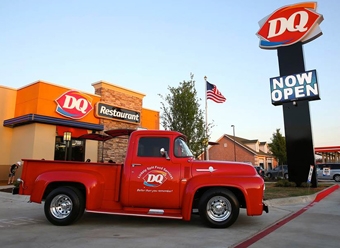 Michael Clarke is the franchise owner/operator of the Euless restaurant and owns Lickety Split Food Services, LLC. Clarke successfully launched the first interior digital menu Texas Dairy Queen restaurant utilizing six screens with the April 30th opening in Euless. “Euless was the first Texas Dairy Queen restaurant with digital menu boards and we couldn’t be more thrilled by the results,” said Larry Newell, President of TDQOC. “WAND’s experience made them an easy choice, but their level of professionalism from creative conceptualization to deployment and installation gave us a reason to consider more digital restaurants.”

Rick Engels, VP of Business Development and the WAND internal creative department stated, “Getting to work with Michael Clarke and the Texas Dairy Queen team was a phenomenal experience—not only because the brand itself is so dynamic and fun, but also because DQ Texas is extremely devoted to digital’s role in their success. Michael, Larry, TDQOC’s Pat Johnson, and the entire team were really focused on the wow factor and trusted WAND to show them what vibrant digital content could produce.”

The WAND Digital creative department along with DQ Texas’ advertising agency of record, Loomis, and the franchisee Michael Clarke, went through several rounds of creative edits to generate the digital configuration. The final product features two feature boards (one for food and the other for desert), and four more dynamic/animated screens featuring Hungr’Busters®, Country Baskets®, T-Brand® Tacos, Blizzard® Flavor Treats, and other food items and frozen treats the Texas Dairy Queen brand is known for.

After Euless’ record-breaking first month, TDQOC is now working with other Operators with plans to transition more of its stores from static menus to WAND Digital in the foreseeable future. 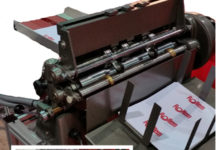