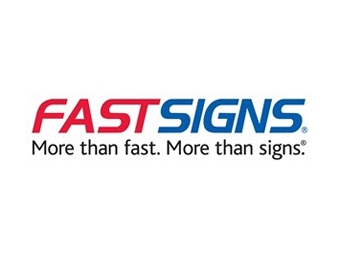 On the heels of recognition by the Canada Franchise Association (CFA) for excellence in franchising, FASTSIGNS® announces that it has cemented agreements for six new FASTSIGNS centers in Canada, adding to its current base of twenty-two centers in operation throughout the country.

The worldwide franchisor of more than 540 FASTSIGNS sign, graphic and visual communications centers announced that it has signed a four-unit agreement that will bring the franchise to the Maritimes. In addition, the company signed two single-unit deals for new FASTSIGNS centers in Toronto and Calgary.

As part of the four-unit agreement, franchisee Philip Zakem and three partners will open their first FASTSIGNS center in Halifax, NS, slated for the fourth quarter of 2013. The partners are also converting their independent sign business, located in Charlottetown, PE, into a FASTSIGNS franchise in 2014. Their final two FASTSIGNS centers will open in Saint John, NB, and Moncton, NB.

“Partnering with FASTSIGNS was a strategic decision to help us reach our long-term goal of expanding our business across the Maritimes,” Zakem said. “The brand recognition and franchisee support, coupled with FASTSIGNS’ in-depth product and technology knowledge, is exactly what we need to take our business to the next level. We’re looking forward to continue serving our current clients while also reaching new customers.”

FASTSIGNS Senior Vice President of Franchise Support & Development Mark Jameson said he expects to open an additional five to seven locations in Canada in the next year, and noted that FASTSIGNS is seeking a master franchisee or an area developer to grow the company’s presence in Quebec. “As we continue to expand our footprint worldwide, Canada remains a key growth market for FASTSIGNS,” he said. “Because of our twenty-plus-year success in Canada and recent recognition with the CFA, we believe that now is a great opportunity for franchisees in Canada.”

FASTSIGNS is the largest sign and graphics franchisor in North America and consistently receives top ratings for system growth and franchisee satisfaction, including: CFA Award of Excellence in Franchising, CFA Franchisees’ Choice Award, certification as a 2013 World-Class Franchise by the Franchise Research Institute, inclusion on the Franchise Business Review’s 2013 “FBR50” and inclusion in Entrepreneur magazine’s Franchise 500® as the No. 1 franchisor in the sign and graphic category.

For franchise information, contact Mark Jameson at 214/346-5679 or [email protected] or visit www.fastsigns.com. 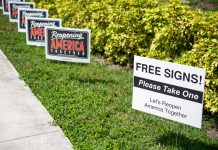 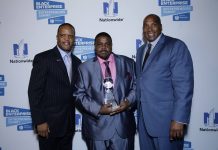 The Art of the Start Up: Howard James of FASTSIGNS, Washington, D.C. 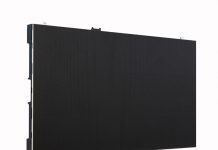 Walls + Forms Offers Merchandising Solutions for All Types of Franchises