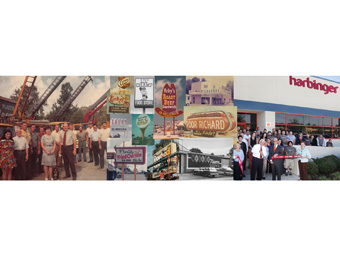 Roger Williams, son-in-law of George Massey, took the reins of Quality Sign in 1973, and under his leadership the company grew into its 27,000 square foot Sunbeam Road facility. Son Steve Williams grew up in the family business eventually receiving a degree in graphic design then helping to design and develop signage for clients.

Steve Williams, now President initiated a re-branding and relocation of the company. Now known as Harbinger, the name indicates what they are best known for, the “Sign of the Future,” a commitment to the highest and best LED lighting technology integrated into quality signage.

“The last fifty years has seen challenges and rewards, when we first moved to our current location we did not imagine growing into a space twice the size so quickly,” states CEO Roger Williams. “This is a significant milestone for any company and we are proud to have been serving our customers throughout the U.S. for half a century.” 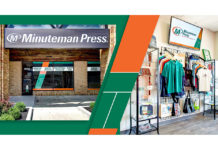