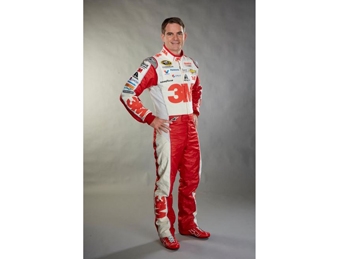 NASCAR great Jeff Gordon knows a thing or two about cars, style, and high performance, which makes him an ideal judge for the latest contest using 3M wrap films. In the new 3M Wrap to Win contest, Gordon—whose—No. 24 Chevrolet will be sponsored by 3M in 2015—will lead an all-star panel of judges evaluating vehicles wrapped with 3M™ Envision™ Print Wrap Films and 3M™ Envision™ Wrap Overlaminates. The winning graphics manufacturer will receive the trip of a lifetime to Bora Bora.

The 3M Wrap to Win contest challenges graphics manufacturers to showcase their skills with their best applications of 3M Envision Print Wrap Films and 3M Envision Wrap Overlaminates—films that provide high-performance technology with a sustainability edge. The top ten winners will receive prizes, including merchandise signed by Gordon and the other celebrity judges. The top five semi-finalists will win an all expense-paid VIP trip to Las Vegas for the 2015 ISA Expo to see and experience the next revolutionary ideas in signs and wraps. And finally, at the ISA Expo, the Grand Prize winner will be announced and awarded an all-expense-paid eight-day, seven-night trip for two to Bora Bora—the perfect chance to relax, unwind, and dream up the next revolutionary wrap idea!

In addition to Gordon, the 3M Wrap to Win contest judges include:

To enter, U.S. graphics manufacturers should capture three close-up and two full-body photos of a vehicle that is at least three-quarters wrapped, only with 3M Envision Print Wrap Films and 3M Envision Wrap Overlaminates.

There is no limit to the number of times graphics manufacturers can enter. Entries can then be submitted via the contest Web site, http://wraptowin.3M.com, until February 20, 2015.

Each customer with an eligible entry will receive a 3M™ Vehicle Channel Applicator Tool Roller S. Finalists will be decided based on a combination of scores from judges and public votes.

3M Commercial Solutions will post contest updates on its Facebook and Twitter feeds, giving wrap enthusiasts a chance to weigh in on which designs are the most revolutionary.

For more information and to enter the contest, visit http://wraptowin.3M.com. 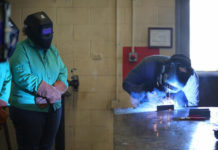