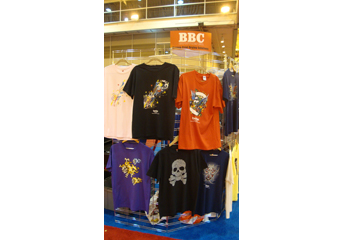 To create a multi-color heat transfer appliqué, you can layer two or three layers of SEF plotter-cut, polyurethane films. If you follow a few simple rules, you can produce colorful and durable garment graphics with no problems.

There are also different brands and types of film that are not compatible. Some colors of competitive brands of films cannot be layered one film on top of another, and neon and metallic colors from some manufacturers notoriously come apart during washing cycles. Also, layering over glitter and puff films is also typically forbidden.

When you do find the combination that works for you, it’s time to cut out the graphics. As a helpful reminder, when cutting plotter-cut heat transfer films, be sure to cut your graphics in reverse or wrong reading. Also be sure to remember that SEF FlexCut Sticky polyurethane films are stretchier than other polyurethane or vinyl heat transfer films. This is a big advantage after the graphic is applied to a garment, but that stretchiness can make plotter cutting the film at times challenging. Here are some tips to keep in mind when cutting films that are stretchier:

SEF plotter-cut films utilize a clear, polyester carrier, which serves the function of a release liner during plotter cutting. After weeding the matrix of the cut graphic, the carrier also functions as an application tape. As with cutting, there are some things to keep in mind when weeding graphics:

Before you press the first layer of cut graphics, you should press the garment for at least five seconds. This prepressing irons out any wrinkles so you have a smooth surface to work on; drives out any moisture in the fabric, which potentially could inhibit adhesion; and causes the garment to shrink if any shrinkage is going to occur. With a preshrunk surface, you can heat transfer multiple colors with no registration problems.

Now that you have prepressed the garment, you are ready to go to work. Most SEF plotter-cut films are heat applied at 330⁰F for fifteen to seventeen seconds at medium to high pressure. When layering one color on top of another, reduce the pressing time to about ten seconds.

Remove the clear polyester carrier after waiting three to five seconds—while the appliqué is still warm. After positioning a second color over the first, place a Teflon sheet over the appliqué to protect the heat-applied films from excessive heat. If you are pressing the final color, press the graphics for a full seventeen seconds. Otherwise press the second color for an additional ten seconds. 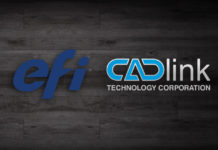 The Keys to Standout Graphics