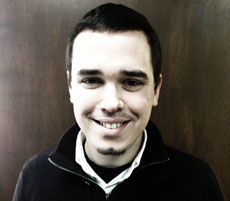 Nick Thompson is in the unique position of having learned about many areas of the sign industry thanks to his previous position as an independent manufacturer’s representative for multiple lines of business and currently as a sales manager at distributor Image Supply Source, Inc., in North Tonawanda, New York.

He found his way into the sign industry through some connections who saw an opening for him, and he hopes to continue to foster the growth that first attracted him to the industry. “Never say ‘no’ to an opportunity to learn something that you don’t know,” says Thompson.

Developing relationships is also a part of that growth, and Thompson was recently accepted as a board member for the Northeastern States Sign Association (NSSA). “I think we need to make sure we’re continuing to have young people invested in these boards,” he says. “We need to make sure we have a little bit of say in what’s going on and also be able to draw from those that have been on the board. They have more wisdom and knowledge of how to do things right and how not to do things.”

Young members of the sign industry may not have the experience, but they certainly have expertise in other areas, such as the adoption of new technology.

“I believe that a younger generation coming in can help force the hand of the industry to grab hold of and move forward with some of the new technologies that are coming out,” says Thompson. “A lot of shops get complacent and comfortable with doing what they’re doing, but as culture changes and the climate of our economy continues to change, we’re seeing developments in certain areas regarding LED message centers, interior and exterior digital signage, and [how] signs are lit.”

Of course there’s the argument that being more cautious in the adoption of technology is the safer way to go. “Alternatively there’s a positive side to the slow adoption in that we let the other industries test out and fail with certain technologies,” he says. “But we don’t want to necessarily be followers. We can be leaders for change in certain areas.”

And within the sign industry, there are plenty of roles for young people to step up and lead the way to change. This includes a variety of trades, which often require just a certification to get started.

No matter what role young people choose to take on, Thompson cautions them to never bash the competition. “You and your products have to stand on their own two feet,” he says. “This is a small industry. At some point you may work for them, and you don’t want to ruin your credibility by bashing them.”

This tight-knit industry’s network of support is what Thompson believes will help young people succeed. “If we all work alongside of one another more,” he says, “we can really help develop stronger relationships, bond, and take care of one another.”