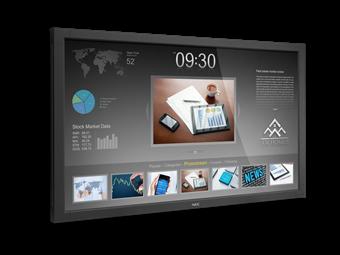 NEC Display Solutions of America, a leading provider of commercial LCD display and projector solutions, announced the addition of the V463-TM display to its Touch-Integrated V Series portfolio. The 46-inch touch-integrated display with LED backlight lets schools, corporations, retailers, restaurateurs and others better connect with their audiences.

With its full-HD resolution and interactive capabilities, the V463-TM offers organizations an integrated, low-profile, four-camera optical-imaging technology that allows for up to four simultaneous touches. Its anti-reflective glass coating protects the panel and allows for higher brightness transmittance.

“The V463-TM interactive display continues NEC’s tradition of bringing thoughtful technologies to the marketplace that can help retailers and others maximize their relationships with audiences and customers,” said Rachel Karnani, senior product manager for Large Screen Displays at NEC Display Solutions.  “Applications run the gamut with this 46-inch display and are limited only by the imagination of users.  The V463-TM comes at an attractive price point, too.”

The V463-TM display will be available in February 2014 at a minimum advertised price of $2,599. The display carries a three-year limited parts and labor warranty, which includes the backlight. 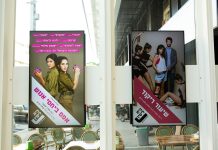 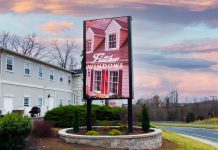 A Construction Company Builds Recognition With a New Digital Sign