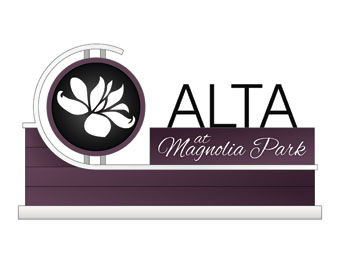 Brooke Albring is a self-described dreamer and visionary with a bit of rebelliousness thrown in. All three qualities have helped her to excel in the sign industry and push the limits of sign design.

After freelancing and holding various sign design positions over the last ten-plus years, Albring was recently able to step out on her own and open her design firm—BA Sign Design.

The firm typically presents clients with two designs: one based on the customer’s ideas, sketches, etc.; and a second design that is completely BA Sign Design’s own.

About 95 percent of the time, the customer chooses BA Sign Design’s unique creation. “A good designer should be able to take all the elements you’re bringing to the table and work off those to create something that the customer really needs,” says Albring.

She believes a good designer possesses a combination of skills: intuition and curiosity, great typography skills, attention to detail, visual layout and spatial skills, and proficiency in software vector programs. A good designer also needs tough skin for when their designs are picked apart or not chosen.

Something she finds designers are lacking in our industry is a sign design education. “A lot of designers are thrown into the chaos without anything other than software knowledge and having a bit of an eye. And in the industry, designers are often expected to lay out specs on how a sign is built or wired,” she says. “They’re conceptual designers attempting to function as an engineer or a fabricator.”

Albring believes more communication with fabricators, engineers, and architects, where designers can ask questions, would help solve this problem. “The more you talk the more you know, and the more it helps you nail a project,” she says.

Designers can also encounter a lack of creative fuel, and Albring encourages employers to listen to their designers’ concerns and to work some flexibility into their schedules to allow for breaks to recharge. Albring also suggests that designers take time to refuel outside of work. “Do more creative work outside of the office and on your own with a different medium—maybe it’s music or painting,” she says.

One of the biggest challenges Albring finds facing designers is compensation. It’s a sensitive topic, but one she feels deserves attention. “I’ve seen many sign companies finalize a sale solely off of just having a phenomenal design concept,” she says. “Generally, the sales rep sees the benefit, not the designer. And that can be extremely disheartening.

“It doesn’t encourage the designers to throw more options on the table.”

Albring believes companies need to recognize the power of designers and credit them through compensation, bonuses, or even verbal praise and acknowledgment. “A really good design could increase your company’s exposure once it’s fabricated and on the road,” she says. “So having an inspired designer really changes a lot.”

Albring is working on a platform that will address all these challenges and more. “We’re hoping to give sign designers a home and a stronger voice, a place that they can come to ask questions and find answers, and a central location for them to find a lot of the tools they need,” she says. “Hopefully the platform will make their jobs easier and [more efficient].”