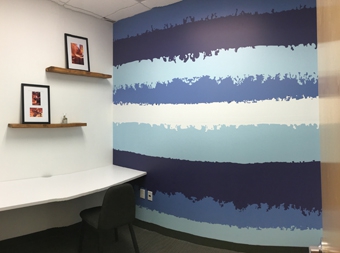 “Wall wraps are also very cool at creating an impactful ad or stylizing a room with many creative design possibilities,” he says, citing that his company does these types of wraps for businesses and residential homes.

Zachariah Lujano is president of Wrap Nation™, a Phoenix, Arizona-based firm consisting of a national network of professional graphics installers and producers that goes beyond the automotive market to bring wraps to locations ranging from custom venues to enormous wall murals.

Their goal is to provide the best possible products and services, as well as accurate and honest information and education, to the wrap industry, their peers, and their clients. Their services include sales, design, print, installation, quality control, and N.I.R. (National Installation Regulation).

“We have two bays [one for production and one for installation],” says Lujano, noting that he has three employees at his Phoenix location and representatives in over eight states and two countries.

They’re also highly skilled at completing detailed, complex wraps in extreme time crunches. Such was the case when Lujano’s company recently needed to print and install a large amount of interior wall wraps in a short amount of time for a brand-new luxurious office space in Scottsdale, Arizona.

Indeed.com is the largest online job search engine, and its management wanted to decorate their new Scottsdale facility with custom-designed digital graphics that would provide an appropriate atmosphere for their highly coveted staff.

“In addition to graphics that were pleasing to the eye, they wanted visuals that would calm, soothe, and motivate the entire room to be more productive and more comfortable in their work environment,” says Lujano.

However the clock was ticking, as its grand opening was only weeks away.

Wrap Nation partnered with Studio Dzo, a sign and graphics solution provider in Austin, Texas that combines design, strategic thinking, and management to brands across the country, to help realize the aesthetic indeed.com wanted here.

“They wanted help [in determining] what designs would fit in the spaces,
as well as how they would be fabricated and installed,” says Studio Dzo Customer Care Partner Joe Arenella. “The designs ranged from standard geometric designs to very custom-designed landscapes.”

Effective coordination between Studio Dzo and Wrap Nation proved vital on this project.

Everything began with on-site meetings and surveys at the still-vacant Scottsdale office to get a better understanding of the project from all three parties.

According to Arenella, deciding how the design would flow through the space and how they lined up played a huge part in this project’s success. “Product types, matching patterns, and coordinating schedules were all part of the process,” he says.

It was determined that dividing the project into two phases would work best.

Phase I would be ready in time for the grand opening. It would feature a dozen large wall graphics that had to be measured, formatted, printed, transported, and installed.

When it comes to artwork for walls, Lujano says that he notices that, compared to typical designers, wrap designers better understand appropriate resolution and file size.

“When designing a business card or a Web image, images can be small and even choppy yet still look great,” he says. “But printing a file that’s over 300,000 pixels or over 10 feet in size is going to show every little detail.”

Studio Dzo flawlessly put together all the art

work and provided it to Wrap Nation as vector-based files.

“This made them easy to handle,” says Lujano, “and kept the resolution for the final prints absolutely perfect!”

While vector files are typically made in Adobe Illustrator, it’s important to realize that not everyone necessarily uses that program nor can everyone open or preview .AI files. Lujano points out that other suitable vector file extensions here include .EPS, .SVG, and particularly .PDF.

“One good tip on file extensions is that you can export a vector as a PDF,” says Lujano. “This is great because PDF files can be seen by almost anyone.

“PDF files can be imported into every software available, and they can double as a vector or even be rasterized as a flat image while keeping a very high final resolution.”

Lujano also utilizes Inkscape.org, another vector-based, open source software. “I use this software to make my base vectors, and then I do my editing and styling either in Photoshop as a high-res image or in our Flexi Sign
RIP software.”

Lujano says that having two professional-grade printers helped them complete these quick turnaround times and meet their deadlines.

“Running both printers cut our production time in half and gave us the extra time we needed for install,” he says, noting that his shop never has to worry about banding thanks to Mutoh’s Interweave technology. “I plan to get a third and fourth model when the time is right.”

Between Phase I and Phase II, Lujano estimates they produced close to 3,000 square feet of material. “Scheduling the prints was pretty straightforward, as we dedicated our time to this project on a rush,” he says. “No other print jobs got in our way.”

The company laminated all the graphics within minutes using their sixty-four-inch BU-1600RFZ laminator from EastSign.com.

“Typically used for cars, the AUTOMARK Wrap Vinyl has air regress technology, so we were positive we would have no bubbles or wrinkles,” says Lujano. “And the performance rating and conformability to the walls gave us the assurance that our project would continue to last for years to come.

“We were able to rest assured that our client was provided with superior products that we can all be proud of.”

Meanwhile basic lettering and images for the decals used throughout the new office made their production smooth and simple. Their application was easy, thanks to being under two feet in size.

However the frosted, etched glass vinyl, also from General Formulations, proved a bit trickier in production
and installation.

Its purpose was for decoration and privacy (as it doesn’t allow see-through). Wrap Nation applied them to one side on each of the interior windows. “However unlike typical vinyl, which is pretty forgiving and flexible, the etched glass materials have to be handled with extreme care,” says Lujano. “Any little wrinkle in etched glass material will cause it to ‘bruise’ and shows a mark that may require it to be replaced.

“Thanks to skill in handling the material and care in transport, we were able to [avoid any of these setbacks].”

They employed a combination of soap and distilled water in a squirt bottle to apply the etched glass vinyl to the windows. “Application fluids like Marabu Window Juice can also be used,” says Lujano.

During the planning stages, Wrap Nation took into consideration the amount of space available in the office, the time needed for install, as well as whether any staff would be in the way during install.

“We got lucky in Phase I because the offices were still empty,” says Lujano. “We ended up having twenty-four-hour access, which allowed us to work late and overnight with zero interruptions.”

They utilized simple ladders for a majority of the install work. “We even used some RaceRamps as scaffolding, which made the smaller rooms easier,” explains Lujano.

From there, they rolled up the material from the bottom, reached around the back to pull it down, and then worked in six- to twelve-inch increments, always keeping a straight line while squeegeeing left to right and so on.

Also to their advantage was that the walls were prepped to Level-Five smooth, which made everything super clean. Mostly.

They encountered some issues with one of the walls when they returned the next day after applying vinyl to it. “Even after prepping the wall, the material was not adhering from the initial application,” he says. “We learned that this particular wall had been painted less than twenty-four hours before we worked on it, so we determined it was an outgassing issue.”

Wrap Nation simply went over the entire wall with a heat gun and a foam roller to remove the bubbling. “This made the bond solid and kept us from having to replace the graphics,” says Lujano. “While we were able to make this wall graphic look good, we told them that we couldn’t warranty the wall because we weren’t told beforehand that it had just been painted.”

Lujano states that knowing the final finish of the wall and details about the cure time with new paints is important to consider when making a bid or commitment to install. “Ask questions and do test applications before going all the way,” he says. “This does take more effort and time, but doing so is well worth it when it’s your work that may be scrutinized.”

He also suggests contacting the contractor or the paint manufacturer to ask them about appropriate cure times. “Their recommendations will help you base whether or not to warranty your work,” says Lujano.

Lujano stresses to take your time and be thorough. “Post-heating the edges and especially on the top and on overlaps is important, as those are the two main points of failure on walls,” says Lujano. “People think that, because it’s flat, it’s just going to stay up regardless.

“But gravity pulling on a twelve-foot panel that isn’t properly sealed may cause your wraps to fall right off the wall!”

Compared to cars or helmets, wall wraps are pretty straightforward.

Lujano points out that mocking up walls is maybe the most time-consuming part. “I always like to dry fit the graphics before we start peeling any backing paper or applying any vinyl,” says Lujano. “This ensures that the graphics will fit and helps us assess any potential issues before its too late.”

Lujano begins by putting all the panels up and taping them to the wall to make sure that that they fit and that content follows according to the proof.

“Sometimes people don’t spend the time to do all that,” he says, “and when they get to the door, they’ll find that the letter gets cut off or the imagery doesn’t line up. Then your whole project is screwed.” 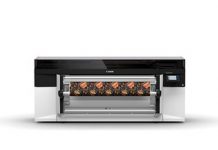 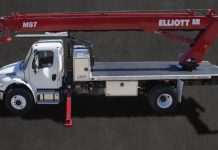