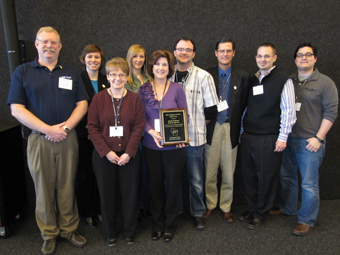 As part of the National ESOP Association, the Wisconsin Chapter represents over forty of the Employee-Owned companies in the state. Hoftiezer will represent Wisconsin against a competitive field of winners from other State and Regional Chapters for the National award which will be announced this May at the Thirty-fourth Annual Conference of the ESOP Association in Washington, DC.

Hoftiezer began her career at Priority Sign in 2001 and has been the HR manager since 2006.  Priority Sign became 100 percent employee-owned in 2008, and since then, Hoftiezer has been an integral part in the education and development of a healthy ESOP culture for the rest of the seventy-plus owners of the company.  She also plays a large role in planning company events and publishes the monthly company newsletter.

A New Lease on LED Displays