Keynote Neri Oxman of Sony Corporation and MIT Media Lab will share her perspective in a fascinating keynote presentation at LIGHTFAIR® International 2018. She is an award-winning designer whose work combines art and science. Her work reveals a future with the intersection of technology and nature.

LIGHTFAIR takes place in Chicago at McCormick Place May 6-10, 2018 (Pre-Conference LIGHTFAIR Institute®: May 6-7; Trade Show & Conference: May 8-10) and registration opens on February 6.

Architect, designer, and inventor Oxman is the Sony Corporation Career Development Professor. She is also the Associate Professor of Media Arts and Sciences at the MIT Media Lab. At MIT, she founded and currently directs the Mediated Matter design research group.

During her Monday, May 7 keynote luncheon address “Innovation in Design,” attendees will discover the broad spectrum of Oxman’s forward-thinking work. This keynote is sponsored by EATON. The research her team conducts combines computational design, digital fabrication, materials science and synthetic biology. They use the knowledge in applications from micro scale to building scale. Oxman states that “her goal is to enhance the relationship between the built and the natural environments by employing design principles inspired or engineered by Nature and implementing them in the invention of novel digital design technologies.”

Oxman and The Mediated Matter Group developed GLASS II, a glass 3D printing platform, and the show opened in an exhibition for Lexus YET at Salone del Mobile in Milan, Italy, April 2017. She received a PhD in design computation as a Presidential Fellow at MIT where she coined the term Material Ecology to describe her research area. Before attending MIT, she earned a diploma from the Architectural Association (RIBA 2 Hons) after she attended the Faculty of Architecture and Town Planning at the Technion Israel Institute of Technology (Hons) and the Department of Medical Sciences at the Hebrew University in Jerusalem. Oxman’s term Material Ecology “considers form generation, manufacturing, the environment and the material itself as inseparable dimensions of design. In this approach, products and buildings are biologically informed and digitally engineered by, with and for, Nature.”

She was on ICON’s list of the top 20 most influential architects to shape our future and the Fast Company list of the 100 most creative people. SEED magazine called her a “Revolutionary Mind” and she was a part of Esquire’s Best and Brightest. In 2012, the Centre Georges Pompidou Museum (Paris, France) acquired her works for its permanent collection. Additional permanent collections include SFMOMA, the Cooper Hewitt Smithsonian Design Museum (NYC), the Smithsonian Institute (Washington, DC), Museum of Fine Arts (Boston, MA), Museum of Science (Boston, MA) and FRAC Collection (Orleans, France). Oxman’s work is a part of prestigious private collections, and she has received many awards including the 40 Under 40 Building Design + Construction Award, Graham Foundation Carter Manny Award, International Earth Award for Future-Crucial Design and METROPOLIS Next Generation Award.

In 2014, Oxman won the Vilcek Prize in Design, Carnegie’s Pride of America Award and Boston Society of Architects Women in Design Award. Her work has been covered by The New York Times, The Wall Street Journal, WIRED, Fast Company and The Boston Globe.”

Visit LIGHTFAIR.COM/conference/keynotes for additional information about the LIGHTFAIR International 2018 Keynotes and Impact Speakers. 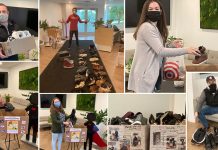 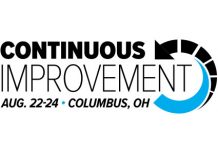 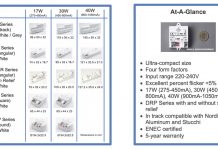