Chances are you know someone who’s participated in a charity bike ride or you yourself have ridden in one. There are rides dedicated to just about any particular charity, but the events themselves typically only occur annually given the logistics and costs that go into planning the large events. The problem with individuals riding for charities on their own has always been that there was never a way to prove definitively that the rider had cycled the miles they claimed. 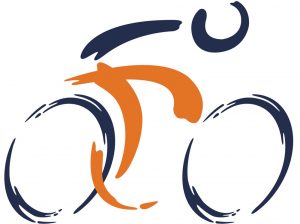 Mark Kabbash, inventor, founder, and president & CEO of The Dandy Horse, Inc. and a frequent participant in cycling charity rides, knew these problems all too well, and it inspired him to create The Dandy Horse. Through a product called WHEEL (World, Health, Engagement, Environmental, Love) that harnesses the power of QR codes and verified empirical data, The Dandy Horse is enabling cyclists to make every ride a charity ride.

Now, sponsors can elect to pair their branding with a QR code on a jersey, bike, and helmet, which tracks the miles. “We’re empowering the philanthropic cause with analytical and reporting tools to report back to the brand where those miles were ridden, by who, what time of day,” says Kabbash.

Kabbash says historically there have been apps to track your riding distance, but they can’t verify that it’s actually you riding the bike. The Dandy Horse is different because it uses a unique process called VIDAT: Verify, Inspect, Demonstrate, Analyze, and Test. The QR-code driven verification technology couples individual biometrics with an app to verify data like duration of time, location, distance, and name of each rider. It then accurately reports that data to companies, brands, non-profits, etc.

The QR codes work in conjunction with the second part of the system, the rider’s gear—helmet, jersey, and bike. Users print the QR codes at home and affix them to all three pieces. “Now you have two distinct groups. Your gear—helmet, jersey, bicycle—which is assigned to your profile by our technology. Then when you get on the bike, you use your phone’s camera to scan those QR codes, and you’re using two groups as one. The three codes on the gear, plus the individual and phone and the app—we merge those six elements into one element. We track all six of them by virtue of GPS,” explains Kabbash.

He says a re-verify feature is built into the technology to detect abnormalities and prevent cheating the system. If a variable changes, such as a rider going 15 miles per hour on a bike path changing to 40 miles per hour on a highway, the system will ask the user to re-verify that all the groups (person, phone, helmet, bicycle, and jersey) are still together as one unit along with GPS and time of day data in a certain amount of time. If they don’t, the miles are not counted.

Kabbash says a patent for the technology was published in June 2021.

With The Dandy Horse, riders not only get to give back to philanthropic causes more easily and more frequently, but brands also get increased exposure through the jerseys that act as a moving billboard. Kabbash gives the example of a jersey worn by 1000 users with pledges of $1 a mile for up to 100 miles. That jersey can travel up to 1.2 million miles and have many more impressions than a typical static billboard.

“I really learned about the value of a billboard, branding, and marketing,” says Kabbash. “We’re taking a brand and then enabling that company to extend their range to philanthropic causes in front of an audience that can be tens of millions, so it enhances the brand recognition but then it also touches on something that is very very vital in today’s world– that is corporate social responsibility.”

That drive for corporate social responsibility can be achieved through The Dandy Horse by associating with a charitable organization or even by providing definitively that a company is making strides toward sustainability by encouraging employees to bike more and then being able to have the data to back it up.

The Dandy Horse technology also provides benefits to health insurers looking to provide discounts to members based on metrics like miles ridden. Kabbash plans on gamifying the entire concept with elements like leaderboards to provide extra incentives and motivation for users. 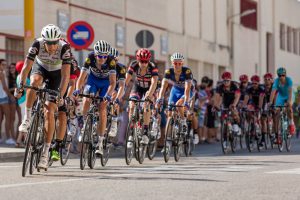 “Once we reach a significant number of users nationally, we will create a dynamic environment where companies will compete with one another to have more of their employees use the commuter side of our product and sponsor more recreational riders for the charitable side of our product,” says Kabbash. “Insurers will compete with one another to lower rates or risk losing clients to those that are higher on the leaderboards than them, and our users will be able to see what insurer best fits their physical activity levels.”

Another use Kabbash foresees is in conjunction with digital signage and bike valets—a service he wants to get up and running given that cyclists rarely have a safe place to park their bikes. “Bicycle pathways are designed to get people from one destination to another, they’re not designed to get people off of the bikes,” he says. “Bicycles are known as wallets on wheels, but if you can’t get them off the bike, they aren’t going to spend money.”

He envisions a service where cyclists can ride into a tent or structure and pass off their bike to an attendant. While inside, the attendant can scan their jersey, and the rider will then be greeted through messaging on digital signage throughout the tent. Sponsored and brand content can also be included in this interaction. Kabbash says purchases riders then make in nearby stores can be linked to the QR codes as well. If the purchased items are from a sponsor, they can offer coupons, additional donations to the rider’s cause, etc. 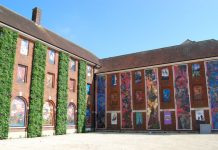 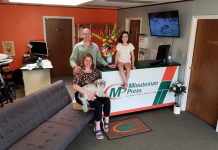 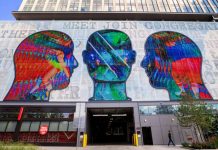