General Formulations has been a proud vinyl sponsor of Josh Williams since 2016. All of Josh’s cars this season have been wrapped with GF 230 AutoMark™ Vinyl and GF 242 OptiMark™ Optically Clear Cast UV laminate.

“General Formulations [was] excited to be one of the primary sponsors featured on Josh Williams car for the NASCAR Xfinity Series race at Michigan International Speedway,” stated Matt Edwards, Product Manager, General Formulations. “Our AutoMark™ high-quality vinyl wrap film [was] used to wrap Josh Williams No. 78 car for the race and the graphics on the car [highlighted] our new logo that was recently just launched.” 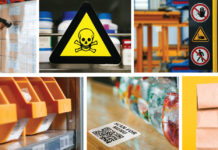