The sensors can be innovatively linked when used with the associated all-new ZyBrid edge controller to enable seamless touch transition between screens, with potentially no gap whatsoever between adjacent active areas.

Typically AV installers fix a huge protective glass over the entire interactive video wall. They then often use a clip-on infra-red or camera-based touch detection system around the outside of the tiled screens. This arrangement creates a large, unsightly, protruding bezel around the edge of the wall, even if interactivity is only required on some displays.

It also means that if a monitor needs to be adjusted or replaced, the entire cover glass (which might measure 3-by-3m or more) has to be unmounted from the touch detection frame. Also these touch detection technologies tend to be susceptible to false and accidental touches. They can also be confused by strong direct sunlight.

Worse still, if dust and debris accumulate on the surface, the effectiveness of optical transmitters or receivers can be impacted, stopping the interactive video wall from working altogether.

Current alternative technologies, such as conventional projected capacitive or acoustic based touch systems have wider borders that detract from the very closely tiled, aesthetic appearance that an interactive video wall should have.

Each narrow-border ZyBrid edge sensor is supported by a dedicated ZYX500™ based multi-touch controller linked via a set of RJ45 data cables. The connected associate controllers then finally connect to a single, leading primary controller. The controllers are fitted with a manual toggle switch that changes the onboard firmware settings, allowing AV installers to quickly choose whether to make it an associate or a primary controller. Only needing one type of controller reduces system complexity and component inventory.

In an innovative development, Zytronic has also designed proprietary new firmware for the special ZXY500™ controllers. The firmware allows the data from the individual associate controllers to be ‘stitched’ together by the primary controller, which then presents a single set of x-y coordinates to the host computer as a USB HID ‘plug and play’ touchscreen device. “Instead of individual touchscreens, the computer only ‘sees’ one giant touch sensor,” explains Crosby.

This novel approach solves the problem of dropped touch coordinates as a user passes their fingers from one screen to an adjacent unit to achieve a seamless coordinate and touch contact ID transfer “handshake”—no matter how many people interact with the video wall. The individual touch sensors can be attached to the underlying ultra-narrow bezel displays using suitably designed frames or optical bonding. When tiled alongside, each screen’s touch controller is linked to create a huge, near-borderless interactive wall.

A further benefit of this individual yet linked and tiled approach is that only the individual monitors within reach of users’ fingertips need to be fitted with the ZyBrid edge touch sensors. Just a protective glass can be fitted for those higher up, significantly saving cost and dramatically easing maintenance.

As with all Zytronic touch sensors, the sizes and designs can be completely customized. In terms of size, the main requirements are expected to be thirty-seven-, forty-six-, forty-nine-, fifty-five-, and sixty-five inches, matching the most commonly available narrow border video wall monitors from suppliers like Christie, LG, NEC, Philips, and Samsung. The glass touch sensors can be made from 3, 4, and 6mm thermally tempered glass, with either a plain or Anti-Glare finish, depending upon customer needs and impact requirements. 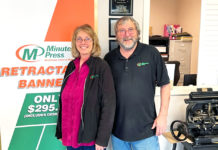 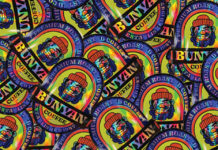 Omnivex’s Moxie Gets a Lead Role on Broadway