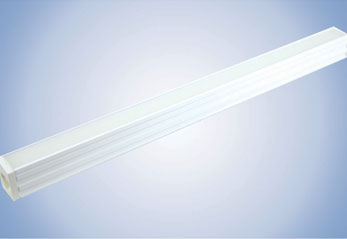 The new LED Lightbars were re-engineered with three times the lumen output for a more powerful light and feature a new architectural grade diffuser above the LEDs to minimize glare and deliver even light distribution, concealing the LEDs from view. MaxLite redesigned the LED Lightbars for general cove lighting, accent and direct lighting, and wall washing in sports book, gaming, and other commercial spaces.

Fully dimmable with any incandescent dimmer, the LED Lightbars link together for continuous, uninterrupted long runs. Pressure clips and double-sided tape, combined with hardwire or plug-in configuration options, enable quick and easy tool-free installation. Engineered for high performance with an easy to conceal enclosure, the LED Lightbars feature leading-edge efficacy that is superior to that of CFLs and halogen fixtures.

The LED Lightbars are constructed of high-quality, extruded aluminum with a durable powder-coated finish that ensures a sleek appearance in all applications.

The Plug-and-Play LED Lightbars are offered in a variety of lengths and models:

Offered in the MaxLED® line of LED luminaires and lamps, MaxLite’s Plug-and-Play LED Lightbars provide significant energy efficiency and have a long-lasting 50,000 hour-life, or 12 to 13 years based on eight hours of daily usage, which greatly reduces maintenance. The new LED Lightbars are manufactured with high-ranked binning of LM-80 rated LEDs, which ensures color uniformity and enables them to operate with reduced heat, which can also reduce HVAC costs.

IES LM79 and LM80 reports are available. The LED Lightbars are ETL- and cETL-listed for dry locations and backed by MaxLite’s five-year limited warranty.

MaxLite’s Plug-and-Play LED Lightbars were featured on the “Bath Crashers” on the DIY Network, from the makers of HGTV. On Episode 404 “Basement Bathroom Overhaul,” MaxLite’s LED Lightbars were professionally installed discreetly in three handmade light boxes that were installed on the bathroom wall, and in the countertop of the bathroom vanity, which made the glass surface glow above. With the use of MaxLite’s LED Lightbars the basement now yields a brightly lit, clean modern look. To view a three-minute video clip of the episode, click on the following link: http://www.youtube.com/watch?v=keW8EAHi1-8.