Home News NCCCO Approves Use of Calculators on CCO Exams 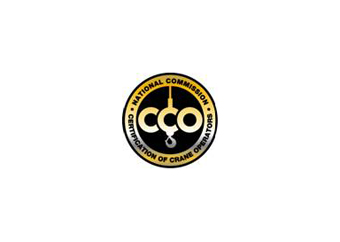 Basic electronic calculators will be permitted for use on certain CCO written exams, the National Commission for the Certification of Crane Operators (NCCCO) has announced. Previously, calculators have been prohibited on all CCO national tests. The measure takes effect July 2, 2012.

The change in policy is based in part, NCCCO says, on the results of a study commissioned by International Assessment Institute (IAI), the company that provides test development and administration services to NCCCO. The study, The Effects of Calculator Use During NCCCO Testing concluded that, while the use of calculators would not be appropriate for use on basic math questions such as those contained in CCO Core exams, their use would be supportable on load chart calculations used on CCO Specialty exams.

The study notes that there are two types of math items used in NCCCO exams: calculation problems that require only the use of basic math skills such as adding, subtracting, dividing, and multiplying (items of this type were introduced on CCO Core exams in 2011); and those found on CCO Specialty examinations in connection with load chart interpretation that involve higher order thinking and information retrieval skills.

In support of its recommendation that calculators be used on CCO Specialty exams but not the Core exams, the study notes that: “A calculator would not help a candidate deduce the correct answer on load chart questions since there are multiple problem-solving steps required for a correct answer.”

NCCCO will start providing calculators for use at all NCCCO mobile crane written test administrations beginning with exams administered July 2, 2012. “The five-month phase-in period will provide ample opportunity for candidates and training providers alike to adjust to the new policy,” explained NCCCO Program Manager of Test Development, Joel Oliva. (Note: Calculators would be available for traditional paper-and-pencil tests as well as at computer test centers.)

Oliva noted that the new policy would ensure that certified operators demonstrate their basic mathematical ability unaided, while performing load chart calculations much as many do in the field with the assistance of a simple four-function calculator. “We expect the move to be well received by the industry,” added Oliva.

NCCCO’s decision was also in line with a recent shift in the position taken by standards and regulatory bodies on calculator use, said NCCCO Executive Director Graham Brent. “NCCCO’s prohibition on the use of calculators on its nationally accredited certification exams has been right in line with prevailing American National Standards,” he said.

In particular, Brent cited the American Society of Mechanical Engineers (ASME) B30.5 committee which historically has interpreted its provision for crane operators to be able to “exhibit arithmetic and load chart/capacity usage” as being required without the assistance of calculators. “Not only has ASME recently modified its position,” he said, “but OSHA’s new rule on the use of cranes (29 CFR 1926 Subpart CC) permits the calculation and use of load/capacity information manually or with a calculator. These developments had prompted NCCCO to revisit the issue, which had led to the commissioning of the study by IAI.”

IAI President Dr. Anthony Mitchell stated that the study represented a significant contribution to the industry debate on this subject. “We now have, for the first time, concrete data on which to base a rational and informed decision on a matter that many people in the industry have strong opinions about,” he said. “NCCCO has made the correct change in policy without being swayed by the emotion that has often characterized discussion on this issue in the past.”

Using data compiled from the performance of several thousand candidates on CCO Core and Specialty exams, the study seeks to identify correlations between candidate performance on the two types of math questions and overall exam performance. In addition, it provides a comprehensive overview of the current status of calculator use within various professional certification and licensing disciplines, a discussion of the effects of calculator use on test validity and reliability, and a thorough review of the literature on the subject.

The Effects of Calculator Use During NCCCO Testing is available for free download from NCCCO.