YESCO the 101-year-old company known for creating, repairing, and maintaining internationally recognizable signs, announces the design, fabrication, and installation of new signs for the City of Mesa, Arizona; Falcon District; and Falcon Field Airport. The Falcon Field District is anchored by the Falcon Field Airport and encompasses more than thirty-five-square-miles of retail, commercial, and industrial parks, as well as residential neighborhoods. 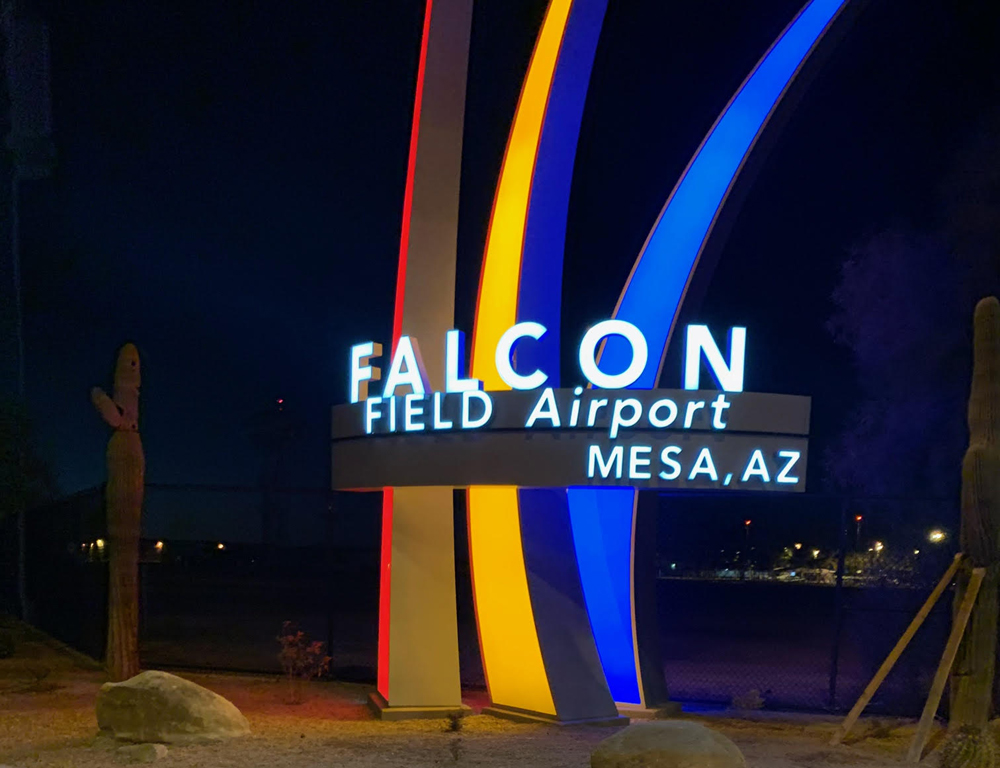 The Falcon Field Airport monument sign was installed on the northwest corner of McKellips Road and Falcon Drive. The monument sign is a part of the planned Airport Historic Zone improvements that also include the historic photo wraps on some of the City-owned hangars and the air traffic control tower as well as the wayfinding signs. At night, the sign will be illuminated for easy visibility. 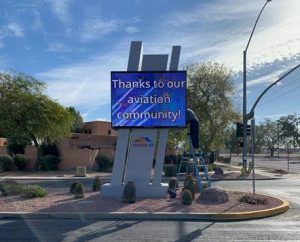 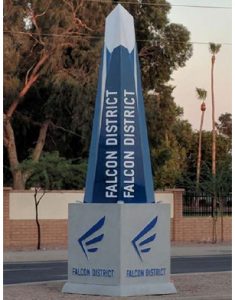 “YESCO was proud to design, fabricate, and install these new signs in Mesa, Arizona,” said Kelly G. Chipman, Custom Account Executive, YESCO. “The city wanted to promote the area for its aerospace, defense, manufacturing and technology companies and to attract new companies to the area.”