It should have been a no-brainer for Smart Signs located near Pittsburgh—replace an auto dealer’s dilapidated sign for one with a cool retro feel. But when the city’s code officer returned the drawing, it included a big “X” over the digital display that was to be part of the sign.

In the end, the story had a happy ending. However it is indicative of one of the biggest challenges facing sign companies across the country—meeting unreasonable codes or interpretations.

“For a small business in the sign industry, business is tough as it is,” said Brandon Meyer, owner of Smart Signs. “When you have an opportunity like this and the customer is saying, ‘I’m not going to give you money unless I know we’re allowed to do this,’ how are we supposed to absorb that legal cost to hire an attorney, or expect our customer to, when we don’t even know if it’s going to be allowed?

“Having ISA behind us gave us that confidence to get through this obstacle and provide that sign and solution for the customer.”

Anyone thinking these are quick and seamless processes would be incorrect. Meyer encountered a codes officer who was stubborn in her denial of the permit.

“We asked the zoning officer if she would tell us in the code where those weren’t allowed,” said Meyer. “She pointed to the code that said, ‘no flashing signs are allowed.’

“I said, ‘Good news. This sign isn’t going to flash at all.’ Then she went silent.”

Another entreaty, this time from the sales professional on Meyer’s team, brought the same result. “She said, ‘We just don’t want these signs in our town,’” he said.

This response came despite the fact that one had just been approved in the same zoning district for the local Chamber of Commerce.

As a member of the Northeast States Sign Association, and therefore an ISA member, Meyer knew where to turn. He had worked with ISA on a similar challenge in Pittsburgh. A local law firm had a digital sign that could no longer be repaired. Because the code had changed along with technology, Meyer had to pursue a variance, and ISA was able to successfully coach him through the process.

This one took a little more work. Kenny Peskin, director of industry programs at ISA, dug into the township’s code and state code. He drafted a letter detailing what the city’s code said and how it stacked up against state law.

Needless to say, the city was dangerously close to disallowing a sign based on the content of its message, something that the 2015 Reed v. Town of Gilbert Supreme Court ruling prohibited.

Thankfully Meyer was able to use the letter Peskin had drafted to persuade the town’s solicitor that he didn’t want this fight. “Sure enough, he talked some sense into them, and they changed their tune,” said Meyer.

The sign took five months from initial application to installation. But it was meaningful and not just for Meyer’s sign company (which was expanding into a new territory in central Pennsylvania). It meant a lot to the sales rep, too, who was new on the job and hand landed what would be a significant sale. “To be told ‘no’ based on an opinion was disheartening to him,” said Meyer.

But it meant the most to the auto dealer. In the midst of a transition to a third generation of ownership, the new owner was able to put his stamp on the business while paying homage to the founder. That was the basis of the retro sign, which mimicked one that the new owner’s grandfather initially installed for the business decades prior.

The sign, Meyer said, is a “head turner.” Most importantly, the customer loves it. The digital display allows the auto dealer to communicate its specials and services to potential customers.

“Our customers are looking for ways to market themselves to the masses,” said Meyer. “On-premise signage remains one of the most effective ways to reach their demographic around them. When they have so many cars and services they offer, how are they supposed to communicate that unless you want to be on a ladder everyday changing letters?”

According to Meyer, having ISA’s backing and expertise was invaluable to helping the deal come together. “It makes you feel not alone when you’re facing these challenges in the marketplace,” he said. “It really gave us a sense of confidence that we had the experience and knowledge of the ISA advocacy team behind us and that they also had other codes and court cases to reference when we were presenting that letter.

“It really was based on facts and not just opinion.”

You’ve probably had experiences like Meyer’s, where an obvious no-brainer turned into a codes nightmare. The ISA has a page on its website that is dedicated to local code issues and the Sign Research Foundation has a number of publications that can make persuasive arguments to your local officials or can help them develop reasonable sign codes in the first place. 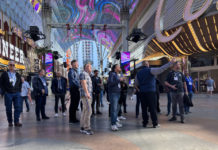 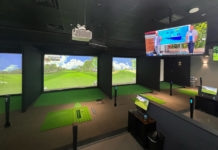