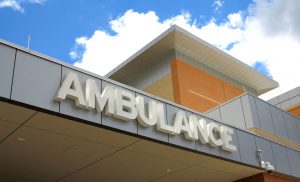 Channel letters look great, and innovations in recent years have created new opportunities for their use—with more applications and locations in play than ever before.

But there are several factors to consider when planning a sign involving channel letters, and here are three questions in particular you should ask before buying:

Question #1. Are you incorporating company colors in the sign?

There are two ways to look at this. If the company color is a priority, then that choice likely will influence the materials used in the sign. In that case, color determines materials.

The other way to approach it is to consider materials first, making a choice based on material properties (size constraints, durability, light transmission and diffusion) and cost. The choice of materials may influence the decision on color.

For example, if you choose to use a color that isn’t in wide demand—think pink/purple lettering—that can increase costs. The materials used in the letters is either acrylic or polycarbonate, and the low volume of material needed isn’t going to justify special runs in that color.

That means you have to apply a vinyl cover to the letters to get the color you want. That not only increases costs, but it adds another, less durable layer to the sign—a layer that is vulnerable to scratches and tears.

If you’re comfortable going with more common colors, you can choose standard acrylic or polycarbonate with no vinyl covering. Those signs typically appear either white or red at night.

Doing so keeps the costs down, however it unavoidably limits color choices. Still, if your colors are closely associated with your company, that extra investment may well be worth it.

This is a more straightforward answer than an actual question.

If the letters are three feet tall or smaller, either acrylic or polycarbonate are viable choices. In these instances, the choice comes down to other properties.

Acrylic has become a popular choice due to its light diffusion and transmission properties. As channel letter signs increasingly turn to LED lights in the letters, acrylic’s ability to allow a lot of light to pass through, while simultaneously diffusing that light across the surface, has become a differentiator.

Question #3. Are you looking for the “wow” factor?

We see a lot of signs, but how many do we really notice?

If you’re looking for something to stand out from the crowd, there are ways to make it happen. We already discussed some of the non-traditional colors, and there are other options for creating a sign that pops.

You might want to consider reverse-lit channel letters. These letters appear black during the day, but at night, when the lights are on, they have a back-lit glow around the black letters.

Another option is using perforated vinyl that is the color of the vinyl during the day but appears white at night, as the light shines through the perforations.

Some opt for signs that introduce an old-school look in the channel letters by using neon lights either in the center of the channel or as an outline. These signs do not use a cover over the letters, leaving the neon lights exposed for effect. Of course, that introduces certain complications, but it can create an attention-grabbing sign.

Bonus Question: How deep (or shallow) can you go?

There was a time when depth mattered a lot, but the introduction of LED lights ushered in shallower designs. Still it’s a question worth asking.

There are some businesses and designers who see channel letters up to six to eight inches deep as a feature rather than a bug. If you have the space—and permission, either from the deed owner or the local zoning body—using depth as a design feature may help with the aforementioned wow factor.

Bottom line: It’s easy to forget because innovation moves quickly, but the introduction of LED lights in channel letter signs was a major step forward. It reduced heat, which allowed designers to reduce the depth of the letters. That made light diffusion and transmission even more important as designers sought ways to avoid that pin-lighting effect behind the letters.

Today we are seeing additional innovation in materials that will allow even more creative use of light in channel letter signs and other applications. Stay tuned for these results.

By Dennis Spahr, director of Sign & Graphics for Plaskolite, North America’s largest manufacturer of thermoplastic sheet. Based in Columbus, Ohio, he has over thirty years of expertise in acrylic and polycarbonate sheet. 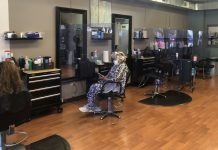 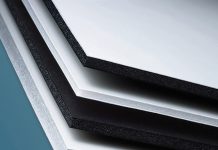 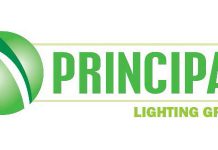