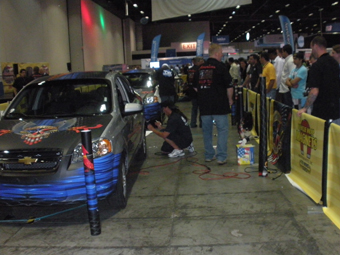 The competition tests the skill of the best car wrappers, wrap installers and sign makers in the business—all vying for thousands of dollars in prizes and the coveted title of American Wrap Star.

The good news is that there are still enough spots open, and you and your wrap friends are invited to come and join in the fun. And why would they do that? Here’s one reason: All contestants will receive a prize package! Contestants that make it to higher rounds will receive more.

More details and the entry form can be found at http://signexpo.org/education-networking/american-wrap-star-competition.

Outwater Augments Its Line of Extrusions