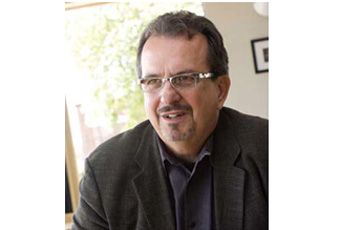 Gronbach’s data and analysis shows a global tidal wave that will—he believes—result in a stronger U.S. economy, with more manufacturing jobs and a robust number of small business starts. He’ll detail his findings and what they mean for the sign industry at SDC, June 7-9 at the Hilton Chicago/Indian Lakes Resort in Bloomingdale, Illinois.

This year, for the first time, SDC also includes national sign companies. Each day allots a significant portion to individual meetings between suppliers, distributors, and/or national sign companies. Participants will have the opportunity to schedule those meetings ahead of time as well as to hear the industry’s thought leaders on issues, challenges, and opportunities. SDC also will feature some of the country’s largest franchises and chains discussing their sign needs.

But Gronbach is the only one promising to have the audience “jumping up and down,” Gronbach believes. “I will show them birth charts that are not only vetted by me, but because I’ve written three books on the subject, I  have to prove my statistics to the publisher.  The information that I use is from very reliable government entities like the U.S. Census Bureau and the Bureau of Labor Statistics.”

Gronbach bases much of his beliefs on the fact that the coming generation—those currently aged seven to twenty-six—are the largest age group in U.S. history, even larger than the Baby Boomers. “We are the only industrialized nation that has had kids in the last thirty years,” he said. “Compare that to China, which in the last thirty years has reduced fertility by 75 percent, and as a result, cut their future labor force by the same percentage.  They are a time bomb that is due to go off any time now. The net result will be that all the manufacturing that went off shore to them is likely to come back.”

Gronbach also points to Europe, which has seen similar declines in its birth rates. “You will find that manufacturers from the European Union will be building the factories here. We have the labor force, the resources, the intellectual capital. The United States is so well-positioned, it’s ridiculous.”

Declining birth rates—and a resulting decline in the labor force—is just the tip of the problems for other countries and factors like shipping challenges and water shortages will negatively affect their ability to manufacture products, Gronbach said.

This shift, though, will have “pains associated with it,” said Gronbach. “We will pay more for things. Companies that have built their successes on Chinese-made products will suffer. What you are going to see is a sea of small business starts in the U.S.”

Gronbach’s address will be just one of the ways in which SDC offers a peek into the future of the sign industry. “SDC is a thriving conference that offers an opportunity for key business leaders to connect with others in the industry,” said Lori Anderson, ISA president and CEO. “The response has been strong to the changes we’ve made this year and I am confident that events like Ken Gronbach’s session will provide many jumpstarts to new business ideas.”

To learn more about SDC or to register, visit www.signs.org/sdc.