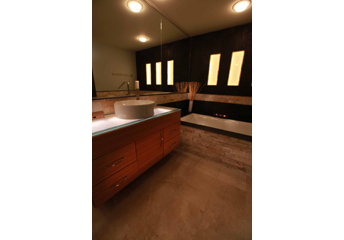 MaxLite’s LED Lightbars were in the spotlight on a recent episode of “Bath Crashers” on the DIY network, from the makers of HGTV.

The episode will be aired on the following dates:

To view a video clip of the episode, click here. http://www.youtube.com/watch?v=keW8EAHi1-8

In the coming weeks, MaxLite will introduce a second generation Plug-and-Play LED Lightbar, available in 6- and 12-inch lengths, for use in display case, cove lighting, and other applications. The new Plug-and-Play LED Lightbars are over twice as efficient as their predecessors, re-engineered with three times the lumen output for a more powerful light, and feature a new diffuser above the LEDs to minimize glare and deliver even distribution.