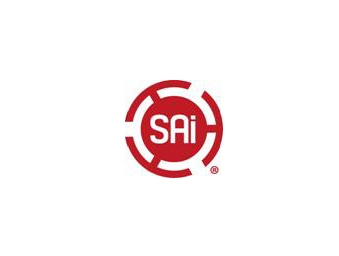 TrafficJet™ overcomes the time and cost issues associated with traditional production methods of road signage which can be both labor-intensive and expensive. These methods include direct applied legend, use of colored overlay films, and screen printing. Existing direct-to-substrate digital printing solutions require a high initial investment and signs have turnaround times of several days.

“SAi’s long association with Mutoh made us the best partners for the project,” explains Gudrun Bonte, Product Director, SAi. “Mutoh knew that SAi had experience in handling non-CMYK color sets, and Flexi was easily remapped to accommodate this niche requirement.”

TrafficJet is available in an eight spot color configuration as well as a CMYK with 4 spots configuration, capable of printing CMYK inks and TrafficJet spot inks at the same time. The TrafficJet’s spot colors are all special colors, compliant with EU and US standards and include special red, blue, green, Worboys green(2), yellow, black and brown. TrafficJet offers a cost-effective inkjet printing system for traffic safety and reflective sign producers, as well as government agencies that produce or purchase signage, who benefit from a 10 and 12-year warrantied and highly flexible solution with equipment, ink and reflective sheeting for both permanent and work zone signage.

The Mutoh printer, which costs about one third as much as competitive printers for this application, enables the TrafficJet™ Print System to print at 8-10m2/hour using specially formulated inks that are dry and ready for lamination within two hours. The composition of the Avery-Dennison’s retroreflective films also contributes to the rapid drying times. Signage of this type using conventional solvent inks and substrates requires up to 48-72 hours off-gassing time.

Historically, lead times for signs are 3-4 weeks, but using the TrafficJet™ Print System, printing, cutting and lamination can be done in as little as one day.

The low initial cost of the TrafficJet™ Print System will enable more reflective signage printers to bring production in-house and change production from the slow traditional processes. With its ability to drive thousands of supported printers, cutters and hybrids, SAi Flexi offers the easiest print-and-cut workflow on the market, giving users both productivity and versatility.

“SAi Flexi also enables nesting which saves time and materials,” Bonte adds. “It can also be used as an end-to-end system, from design to print, contour cutting, and for the automatic generation of crop marks; or, it can be used simply as a RIP and printer driver.

“This is a specialist application with a large potential market. It plays to SAi’s strengths, as well as those of Avery Dennison and Mutoh,” Bonte concludes. “Above all, it benefits signmakers and converters, governments, and motorists by providing warranted, cost-effective signage for safe roads.”

1 Retroreflective substrates reflect light back toward the source and not at the standard angle of reflection.

2 Used in the UK. Signage standards for UK roads were established by the Worboys Committee in 1963.