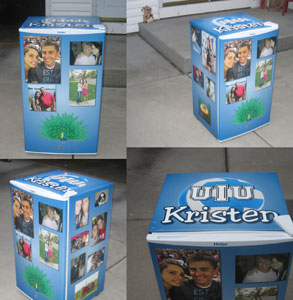 Dan Dahlen is the third-generation owner of Dahlen Sign Company, a family-owned business that opened back in 1956. Dahlen says it was his grandfather’s love of painting that led him to start this sign business. Dahlen’s grandfather couldn’t make money just painting pictures, so he turned to signage (see the slideshow below for some pictures of the shop’s early days).

The shop started off in garages and basements before moving into an actual brick-and-mortar location. Currently the store is located in Shakopee, Minnesota and is run by four employees.

One could say that Dahlen Sign Company has witnessed it all—evolving from painting to printing. Today paintbrushes have been replaced by the latest digital equipment, including two Gerber fifteen-inch plotters, a Mimaki forty-eight-inch plotter, a Gerber EDGE thermal printer, a Mimaki JV33 printer, and a laminator.

The full-service shop has designed and created nearly every type of sign—including a lot of wrap projects. “It seems like people are starting to get a little more interested in wraps as they’re seeing more of them out there,” says Dahlen.

The shop has wrapped cars, trailers, and walls. Their jobs range from full wraps to partial wraps to print-and-cut lettering.

Dahlen Sign Company handles most wrap installs on its own, but for full wraps, it brings in specialists so the shop isn’t completely tied up working on one project. “This way, I can step away and do the other things I do, instead of dedicating that day to that one job,” says Dahlen.

Dahlen admits that he’s “partial” toward partial wraps. “Just because there’s a lot of color doesn’t necessarily mean it’s good,” he says. “It still needs to say something.

“Sometimes taking it back a notch makes it a little clearer. Plus it should be a little quicker coming off at the end, and it’s easier to make changes.”

Dahlen has even had customers purchase cars in colors that will match their brand and suit a partial wrap.

But the shop isn’t just about traditional graphics. They’ll wrap anything that comes through the door—and actually have. “We like taking on the odd things,” says Dahlen. “Why shy away from anything?”

You’ve Got a Mailbox Wrap

Recently Dahlen wrapped the inside and outside of a mailbox with graphics featuring the owners’ picture and last name on a farm background. The flap of the mailbox reads “hi,” and when the mail carrier opens the lid, he or she is greeted on the inside by another picture of the owners and the words “thank you.”

To layout the graphic elements, Dahlen used Gerber OMEGA™ software. He started by placing a background photo. Then he measured the images and text he wanted to use and drew shapes over the background picture to match the items.

Dahlen then positioned the photos and text within the shapes. He used Adobe® Illustrator® for final print preparation of the image.

It only took Dahlen about thirty minutes to install the vinyl onto the mailbox. “I kept the vinyl off of where the ‘rub’ spots were where the door closes, so it wouldn’t cause any lifts on those points,” he explains.

Cool Profits with a Fridge Wrap

Another unique project Dahlen Sign Company completed was a wrap for a dorm fridge, which features pictures of the student’s family and friends to remind her of home.

Installation also only took about half an hour, and the fridge’s rectangular shape only made things even easier. “They’re nice straight edges, so you’re able to wrap around and overlap pretty easily in the corners,” says Dahlen.

An added benefit of this wrap is that it protects the appliance. “When we do pull it off, it will look like new again,” says Dahlen.

He posted both the completed fridge wrap and the mailbox project to the shop’s Web site and Facebook page to generate interest and give prospective customers ideas.

Make Sure You’ve Got it Covered

When wrapping anything—a fridge, a car, a wall, etc.—Dahlen offers these tips:

In the future, Dahlen hopes to do more wraps as his customers catch on to the value in this investment. “We’ve just got to get our customers to realize how it helps them sell their product,” he says. 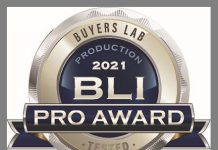 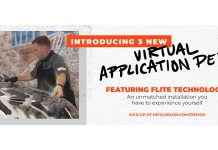 Colex Has Made Significant Improvements to Its Flatbed Cutter, the Sharpcut

Inkjet Industry to Convene in Chicago in Early September