ShopBot Tools, a leading producer of computer numeric controlled (CNC) machines that help make small manufacturers and individuals more productive, innovative, and creative, has recently restructured as an Employee Ownership Trust (EOT). Founder and Board Chair Ted Hall said the move was designed to position the company for long-term success by empowering employees while providing liquidity for shareholders.

ShopBot is only the fourteenth company in the United States to establish an EOT, a relatively new form of employee ownership in the US that has long been popular in the UK. “The EOT is a vehicle to keep ShopBot thriving, innovating, and active in the community while rewarding the people who have built it over the years including recognizing shareholders’ investment,” says Ted Hall, chairman of the Board at ShopBot.

Hall founded ShopBot twenty-five years ago. A professor of neuroscience at Duke University, Hall built plywood boats in his spare time, but he was frustrated by the amount of time it was taking to cut the panels with hand power tools.

Even a used CNC router was very expensive, so Hall designed his own affordable CNC tool and began spending more time designing tools than building boats. The company he founded has grown to thirty-five employees.

ShopBot has manufactured over 10,000 CNC tools that are now in the world producing for small and medium manufacturers, providing tech education at all levels, and serving the creative needs of a dedicated community of makers.

Like all founders, Hall began to think about ways to create liquidity for himself and other shareholders.

Wanting the company to thrive for the long term, Hall began exploring employee ownership options. He ultimately decided on an EOT with help of consultant Anne-Claire Broughton, Principal of Broughton Consulting and founder of the North Carolina Employee Ownership Center (NCEOC), and Chris Michael of EOT Advisors, who has been instrumental in bringing EOTs to the U.S. Attorney Bill Kaluza of Fahrenheit Advisors also played a key role in structuring the transaction.

The Employee Ownership Trust is a relatively new model for employee ownership in the United States but has a long history in the UK, where the most well-known EOT is the John Lewis Partnership, a department store chain that became employee-owned in the 1920s.

An EOT is a trust that holds the stock of a company for the benefit of all employees as a group, not as individuals. Employees participate in the financial benefit of ownership by regularly receiving a payout of a portion of the company’s operational earnings, much like a dividend.

Unlike in an Employee Stock Ownership Plan (ESOP), the most common form of employee ownership in the United States, employees will not receive their own individual equity in the company as part of a retirement program. EOTs offer flexibility in terms of employee involvement in governance; the ShopBot EOT creates an Employee Governance Committee that helps structure employee voice and engagement.

“EOTs are a great option for companies that are too small for an ESOP. They are a flexible and dynamic way to engage and reward employees,” says Broughton. “We are thrilled that ShopBot has become this first EOT in North Carolina, and hope that other companies will consider this model as their founders look to exit.”

The EOT helps position ShopBot for long-term growth and success, affirms ShopBot CEO Jeanne Taylor and will build on the company’s efforts to create an engaged employee culture.

“We’ve had strong growth coming out of the pandemic, and we have a fantastic team of employees making it happen,” says Taylor. “The EOT will only make our culture stronger.” 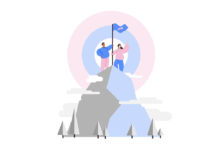 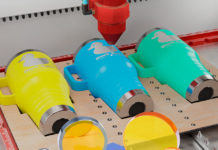