Hays Consolidated Independent School District, located south of Austin, Texas, comprises 25 K-12 schools and is one of the fast-growing districts in the state. Like many K-12 districts around the country, Hays CISD schools are avid users of projection technology to present information in classrooms. The district also has adopted a software application, Mirroring360, that allows students and teachers to share content from mobile devices via computers in the classrooms. 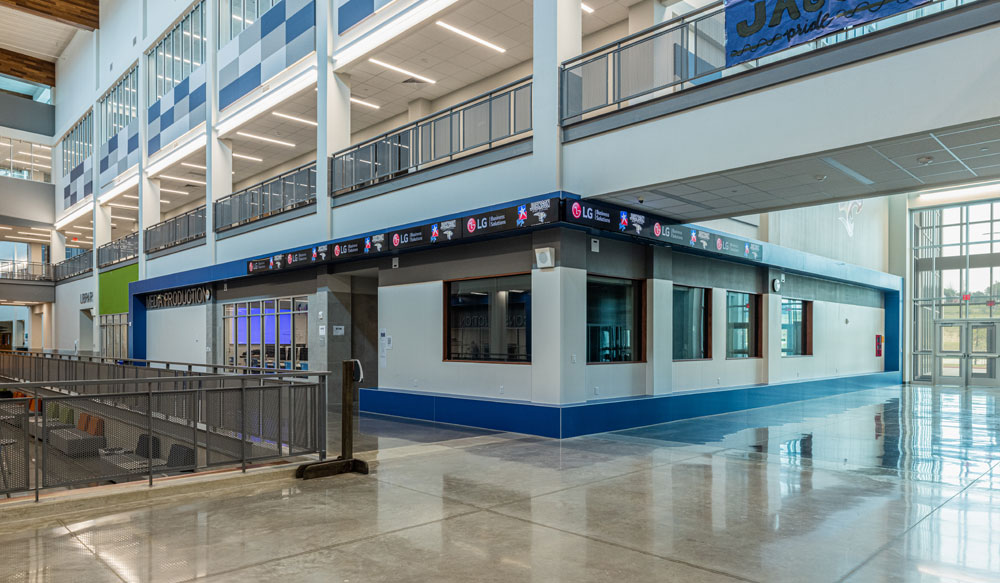 At Hays CISD’s Johnson High School, the district went big into video, with a wall of 86-inch LG stretch monitors in the front of the school to highlight the school’s mission and provide a visual canvas for communicating with students, staff and visitors.

“We wanted to showcase them even more, and with a multimedia design curriculum and a production studio, we had a good opportunity.”

“We designed it with eight total screens, installed end-to-end,” says Paul Venincasa, the Trox executive who worked with Hays CISD on the project. “First you have five screens, then the videowall turns a corner and there are three more. And it’s designed to be a single canvass when the school wants it to be, with content spanning all eight screens. Or it can be segmented, with one or more screens devoted to a specific message or video feed.” 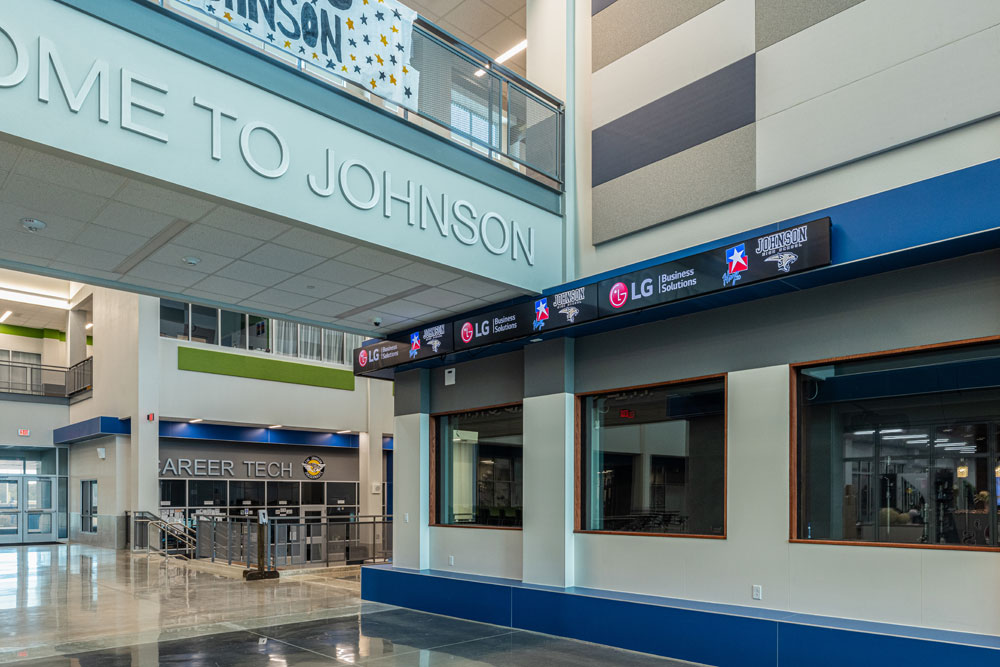 Trox built the videowall at Johnson High School to include a Crestron control system and 4K video processing so the school could have total flexibility in how it uses the wall. Through the control system’s touch screen, users can select a video source and a display and precisely place the content on the videowall.

“A single monitor is essentially four TVs in a stretch frame, so think of the wall as having 32 inputs,” Venincasa says. “We wanted to provide a connection to each input so that the end user could put any source material to any input on each display and matrix it any way they preferred.”

And when desirable, the system is set up so content can scroll across the entire 57-foot videowall.

“It turned out to be exactly what we were thinking of when we had the idea of the videowall — splitting it up and having multiple feeds and really thinking through it as a production,” Borreson says. “And we can have students actually create the content, like in the multimedia design class. I see all kinds of applications only limited by our imagination.” 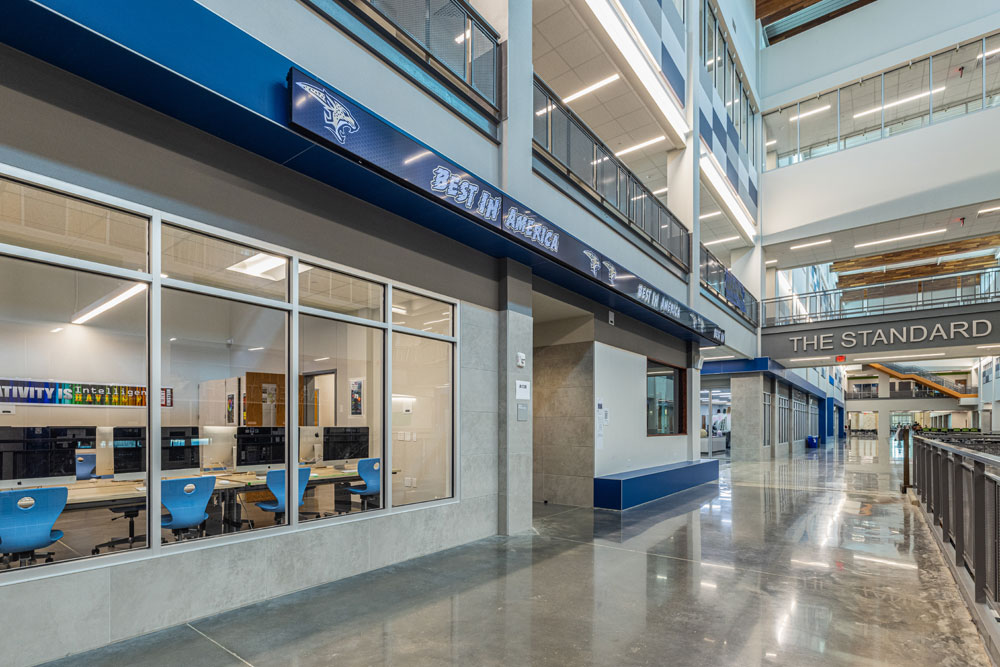 Venincasa says surrounding districts have caught wind of the Johnson High School videowall and begun inquiring. That’s no surprise to Borreson: “With a videowall like this, you can really display and showcase everything that’s happening in a school.”