One the biggest challenges facing the sign industry is finding/retaining employees—especially younger employees as the sign workforce ages. This is a problem not limited to just the sign industy—manufacturing in general is facing a jobs crisis. 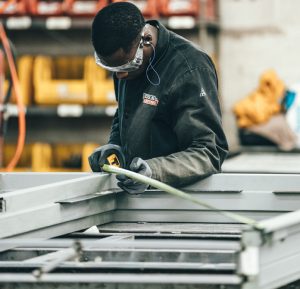 According to a recent study released by Deloitte and The Manufacturing Institute, the U.S. manufacturing skills gap could leave as many as 2.1 million jobs unfilled by 2030, and it could cost the U.S. economy as much as $1 trillion.

According to the study, the pandemic outbreak initially erased approximately 1.4 million U.S. manufacturing jobs, undoing more than a decade of manufacturing job gains. While the industry was able to hire back 820,000 of these jobs by the end of 2020, the remaining 570,000 had not been added back, despite nearly 500,000 job openings. This is true despite a near-record pace of job openings in the sector.  Executives surveyed reported they cannot even fill higher paying entry-level production positions, let alone find and retain skilled workers for specialized roles.

Moreover, the study found that the ongoing challenges in attracting entry-level and skilled workers in the right geographic markets are often frustrated further by misconceptions about manufacturing work, especially amongst younger generations, and whether it can deliver rewarding career experiences with work-life balance.

“Given the foundational role the manufacturing sector plays in our nation’s economy, it is deeply concerning that at a time when jobs are in such high demand nationwide, the number of vacant entry-level manufacturing positions continues to grow,” says Paul Wellener, vice chairman and U.S. industrial products and construction leader, Deloitte LLP. “Attracting and retaining diverse talent presents both a challenge and solution to bridging the talent gap. To attract a new generation of workers, the industry should work together to change the perception of work in manufacturing and expand and diversify its talent pipeline.”

Workforce diversity: an imperative to closing the gap

While it’s well-established that women are underrepresented in manufacturing, the study found 1 in 4 women are considering leaving the industry. This only adds to the broader trend of pandemic-related attrition that has impacted women disproportionately and created an acute challenge for manufacturers looking to curb the flow of those leaving, while adding diversity to its existing workforce. The survey also found that some well-intentioned DEI programs are not fully meeting their intended objectives, with many underrepresented groups in manufacturing seeking additional opportunities for career progression.

The roadmap to a more diverse and inclusive industry

Several large-scale efforts are underway to address these trends and cultivate a manufacturing workforce that is more reflective of our communities. For example, The Manufacturing Institute’s STEP Women’s Initiative was launched to retain and recruit more women into manufacturing through recognition, research, leadership and mentorship. Initiatives such as this are indicative of the sector’s larger commitment to close the skills and the opportunity gap.

“Manufacturers are proud to lead efforts to build stronger, more diverse and inclusive workplaces because we are committed to being the solution,” says Carolyn Lee
executive director, The Manufacturing Institute. “These findings confirm the urgency of our mission and that we need not only to continue our work but to accelerate it. As we expand our programs at The Manufacturing Institute, and work with the National Association of Manufacturers on initiatives like our Creators Wanted campaign and tour, we’re making sure that Americans of all backgrounds in all states can find a home in manufacturing and get equipped with the skills to seize these opportunities. With so many open jobs in manufacturing, we are uniquely positioned to welcome emerging and displaced workers into rewarding and meaningful careers.”

Recommendations for closing the skills, employment and retention gaps 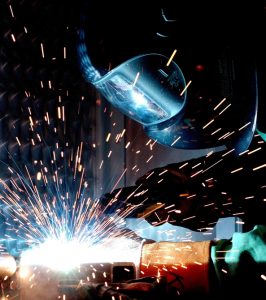 The industry appears at a tipping point and should work quickly to change the perception of work in manufacturing for a new generation of workers as well as to diversify the talent pipeline entering the industry. To do so, manufacturers should proactively engage with potential talent pools and also revamp work-life balance, skills training and equitable career pathways to retain employees they cannot afford to lose. Those efforts to consider should include:

Look out for an SBI on-demand webinar later this month, “Successful Ways to Recruit Younger Workers to Your Shop,” for more on this topic. 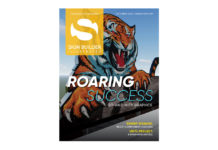 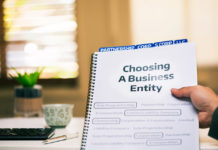 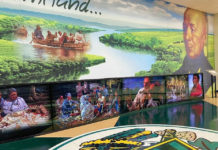 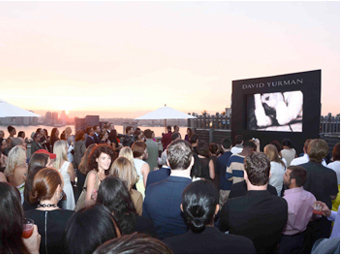 ISA’s THE LINK…Digital Signage on October 5